A DAMNING report by safety inspectors last week exposed some of the truth about Britain’s nuclear industry. The Nuclear Installations Inspectorate catalogued a series of lies and cover-ups concerning safety at the Sellafield nuclear plant in Cumbria. Part of the plant has been shut down as a result and another has been mothballed. But other nuclear power stations just as dangerous are still operating across Britain.

Governments, Tory and Labour alike, have championed nuclear power as a “safe” and “clean” alternative for decades. But last week government representatives were forced to say that unless Sellafield’s owners-the state-run British Nuclear Fuels Limited (BNFL)-sorts out the safety crisis, the plant could face being shut down. The Sellafield scandal centred on lies about shipments of nuclear fuel pellets. BNFL sent a shipment to Japan last year for use in nuclear power stations there. It claimed the consignment had undergone the full range of safety checks. But a key part of the safety test had not been done. Instead the results were simply invented.

The Japanese were furious. They demanded the British government take the pellets back. At first BNFL claimed it was just an isolated incident. But as an official investigation got under way late last year a very different picture emerged. The final report by the Nuclear Installations Inspectorate found that the lying was systematic. Records involving 88,000 nuclear fuel pellets had been “deliberately falsified” since 1986.

BNFL has tried to blame individual workers. Yet, as the inspectors’ report argues, “Management in the plant allowed this to happen.” Management has been driving through a huge 25 percent cost cutting exercise at Sellafield to prepare for privatisation. The company made 228 million profit last year. But the City financiers being wooed as potential buyers by New Labour ministers wanted even more. The result is cuts which jeopardise safety in an industry where safety lapses could spell disaster for millions. The nuclear inspectors’ report pointed out, “The reduction in staff numbers had gone too far.”

New Labour energy minister Helen Liddell argues that Sellafield needs “private sector discipline”. The government is hesitating about privatisation in the wake of the safety report. But trade secretary Stephen Byers still insists privatisation is the government’s aim. The idea that private business, driven by the market and profit, should be in charge of nuclear safety is terrifying.

The disaster last year at the Tokaimura nuclear plant in Japan was the result of cost-cutting by the plant’s private business owners. After a series of safety lapses similar to those at Sellafield a nuclear explosion killed several people and spread radiation across a densely populated urban area. BNFL has an identical plant to Tokaimura just outside Preston. Last week showed that safety does not come first at nuclear plants now-and it would be even worse if they were privatised.

THE NUCLEAR fuel pellets at the heart of the Sellafield scandal are made of mox. This is a mixture of radioactive uranium and the even more deadly plutonium. BNFL has staked its future profits on mox. Sellafield has been accumulating vast amounts of nuclear waste from its work “reprocessing” nuclear fuel. The plant has become one of the world’s nuclear dustbins, accepting shipments of waste from anywhere.

A by-product of the reprocessing is vast amounts of plutonium. This is one of the most lethal elements. It remains dangerous for over 250,000 years. Until recently BNFL had little idea what to do with the plutonium. It then decided it could use it to make a new nuclear fuel-mox.

The mox safety tests are now revealed as lies. The pellets were supposed to be measured. But key stages were missed out and readings falsified. If the pellets were even a small amount different to the planned size they could be dangerous when being shipped. A nuclear reaction could start. BNFL hoped to make vast profits of up to 1 billion a year from its mox business.

A catalogue of disasters

“IT COULD never happen here”, we are always told after nuclear accidents elsewhere in the world. In fact, one of the world’s first major nuclear accidents took place at Sellafield a year after it was opened. In 1957 a huge fire at the plant, then called Windscale, spewed radioactive material across the surrounding area.

In the years since, the world has seen even more lethal nuclear disasters. Among the worst are:

THE NUCLEAR inspectors’ report also found another appalling safety breach at Sellafield. The plant has vast stores of highly radioactive liquid waste sitting in ageing tanks. The company is supposed to turn this waste into more stable glass pellets. But it is way behind schedule because it won’t spend the money needed. The inspectors slammed the delay. If the ageing tanks erupted they could spread up to 100 times as much radioactivity as the 1986 Chernobyl disaster.

Close them all down: save jobs and planet

SOME PEOPLE, including some trade union leaders, argue that shutting down Sellafield and other nuclear plants would cost jobs. But the money that has already been wasted on nuclear power could pay all the workers in the industry to do nothing for the rest of their lives.

More seriously, the billions poured into nuclear power could instead be used to provide jobs for all the industry’s workers producing the kind of things people and society need. Some also argue that nuclear power is the answer to global warming.

They say we need to cut down on electricity produced by burning fossil fuels like coal and gas, which produce the greenhouse gases behind global warming. This is true, but nuclear power is not the solution. It brings with it the risk of both short term disaster in the event of an accident, and long term environmental disaster from the build-up of deadly waste products. Instead the money pumped by governments into nuclear power could go towards developing clean, safe alternatives such as wind, wave, tidal and solar power.

WHEN NUCLEAR power was introduced in the 1950s its supporters said it was safe and would “produce electricity too cheap to meter”. In fact nuclear power was brought in as a civilian cover for producing nuclear material for use in atomic weapons.

The Tory government was finally forced to admit this in the 1980s. But it was still determined to build up nuclear power as a political weapon. The Tories wanted to use it to weaken the coal miners and their NUM union. Labour has been just as enthusiastic for nuclear power as the Tories. Jack Cunningham, until recently New Labour’s cabinet “enforcer”, was so enthusiastic in his backing for nuclear power that he was dubbed “Atom Jack”. 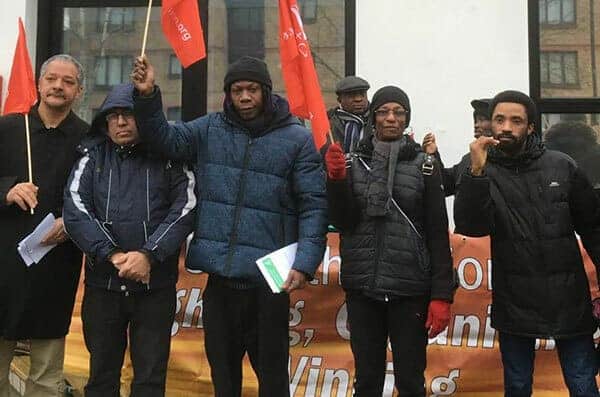