This article is over 10 years, 1 months old
Workers at Salford University held an impromptu protest against job cuts on Tuesday of last week.
Downloading PDF. Please wait...
Tuesday 08 May 2012

Workers at Salford University held an impromptu protest against job cuts on Tuesday of last week.

Around 200 marched across the campus and protested outside the vice chancellor’s office. College management has said that 78 people in the university’s business school are at risk of redundancy.

Management had told workers there that they were not at risk at the end of last year. A further 144 workers in other departments face losing their jobs too.

The protest followed a UCU union meeting at the university. The union says it could ballot for strikes against the cuts and wants a guarantee of no compulsory redundancies.

Teachers walk out against cuts 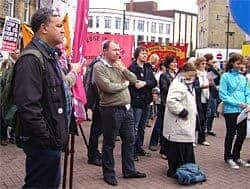 Strike and march to save jobs at Barnsley College 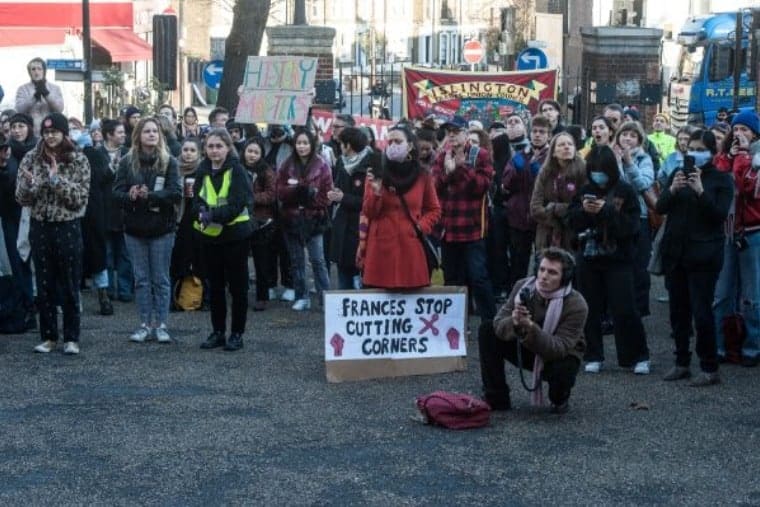