This article is over 18 years, 2 months old
PRIMARY SCHOOL teachers across England will begin voting next week for a boycott of the national SATs tests for seven and 11 year olds.
Downloading PDF. Please wait...
Saturday 15 November 2003

PRIMARY SCHOOL teachers across England will begin voting next week for a boycott of the national SATs tests for seven and 11 year olds.

The executive of the largest teachers union, the National Union of Teachers (NUT), voted unanimously last week to ballot members for a boycott of the SATs tests.

‘This is a tremendous step forward in the campaign by teachers to overturn a decade of attacks on comprehensive education,’ says Jon Berry of the Anti-SATs Alliance campaign.

‘The SATs have meant teachers feeling forced to teach to the test. Children’s education has gone by the wayside in order to produce misleading statistics, which are then used to produce grossly unfair league tables of schools. The SATs are at the centre of the market in education established by the Tories and continued under this government.

‘Voting to boycott the SATs is a major challenge to a key Blairite policy. No one should be complacent. We have a big job to do to deliver an overwhelming yes to the boycott.’

The NUT’s own surveys show an overwhelming feeling against SATs, particularly among primary school teachers.

But under the union’s rules a ballot will require a two thirds majority with half the relevant members voting in order for a boycott to go ahead.

‘The ballot is certainly winnable, but it will require discipline and a major effort,’ says Kevin Courtney, secretary of the NUT in Camden, north London.

‘Most NUT local officers are in secondary schools. We need to get into the primaries, addressing meetings. All the detailed work needs to be done-mailings, checking everyone has received a ballot paper and that they’ve voted. Many areas have already had campaigning stalls on Saturdays. We should maintain and extend that. This is the most serious issue the union has faced for ten years. If we miss the opportunity now, it could take ten more years to be in a position to boycott and get rid of the SATs. Let’s go for it.’

The NUT is also taking steps that could lead to a later ballot to boycott the SATs tests for 14 year olds in secondary schools.

There is already a strong feeling among secondary English teachers to declare they will be boycotting the tests in any case.

‘That’s very encouraging,’ says Jon Berry. ‘And we want to help everyone feel they can just say no to the SATs. At the same time, we must not lose sight of the centrality of winning a huge yes vote on a big turnout in the primaries. That will be a breakthrough. It will leave us in a strong position to press ahead with scrapping the SATs, even if the government or local authority employers go to the courts to try to stop the boycott.’

Both the NUT and the Anti-SATs Alliance have produced excellent campaigning materials spelling out what is wrong with the SATs. The alliance’s pamphlet has already sold 7,000 copies and has been reprinted. You can get it from [email protected] 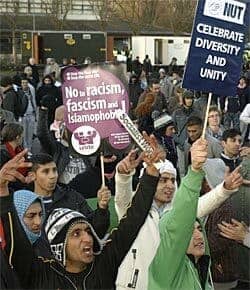