Teachers and support staff at an east London primary school are determined to continue action after 14 days of strikes for pay and improved working conditions. The staff at Walthamstow Primary Academy have won a reduced workload and made gains in addressing allegations of a bullying culture from management. But the battle continues over other issues.

Strikers said that management attempted to intimidate staff on a daily basis. At the beginning of the dispute, the workers presented management with 49 issues.

The NEU union says a permanent teacher had been denied maternity pay. And a temporary staff member—who worked for two years—was laid off without proper notice. Teacher Sarah told Socialist Worker, “The strike is going well and we have made progress but the bullying and workload issues shouldn’t have been happening in the first place.

“We are still on strike for pay and will continue to strike, despite management saying we must be ‘reasonable’ and ‘flexible’. We have given them solutions that could end the action. Pay has become the most important thing. Our pay doesn’t meet the cost of living.”

The academy is run by United Learning who agreed to meet regularly with the union, but despite this, they haven’t budged on pay issues. The staff are mostly black and Asian women, and they have reached out to parents to win support.

Around 650 people signed a petition supporting the workers in their fight. It called for the staff to be paid the correct pay band and teaching and learning responsibility payments for additional responsibilities.

On the picket lines on Wednesday parents and local residents offered umbrellas, many cars beeped their horns in support and students waved to the pickets. Sarah said, “We’re having more conversations with parents. We’ve had loads of support.”

Joint NEU district secretary Paul Phillips told Socialist Worker, “The school has shifted on everything but pay. They have accepted that they had to change over workload and bullying but that change must include pay.”

Sarah said, “The next step is to continue the action. I don’t know if that means we will be continuously out on picket lines but, we will continue to take action if they won’t budge on pay.” Strikes are planned for Tuesday, Wednesday and Thursday next week.

United Learning is also facing resistance from teachers and parents at Holland Park School who are striking and protesting over the new governors’ decision to join the academy chain. Around 65 of the 86 teachers at the school in Kensington, west London, walked out on Wednesday. The action forced the school to close to all except GCSE and A-Level students.

Management was handed a financial notice to improve last year and was ordered to restrict salaries. One worker said, “Stress and disruption has been caused to pupils, yes. But it’s because of the unreasonable actions of an out of touch governing body trying to steamroll over students, parents and NEU members.”

The school is run by Drapers’ multi-academy trust. NEU district secretary John Delaney said works face  “a cruel proposal at a time of rising inflation and extra living costs. “Reducing hours and pay grades at this time is socially irresponsible and a kick in the teeth for the staff who kept the school running during the pandemic.” 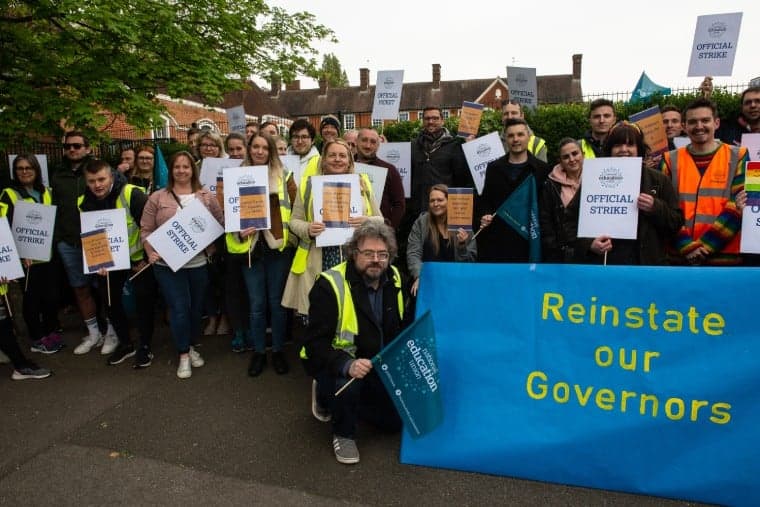 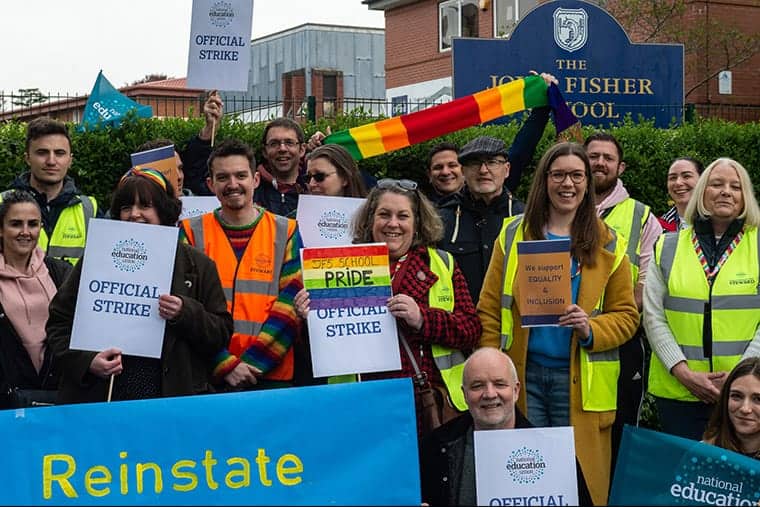