But she didn’t put it like that. Instead she declared on Monday that schools will get an extra £1.3 billion over two years. But there is no “extra” cash. Instead the money will come from “efficiencies” made elsewhere in the Department for Education (DfE).

A joint union statement signed by the NUT, ATL, GMB and Unison general secretaries condemned the announcement as “a return to smoke and mirrors”.

It said schools would still be making “huge cuts” and inflation would make most schools “significantly worse off in real terms”.

Some £280 million is set to be cut from the free school budget – a good thing. But the National Audit Office said in February that the free schools project was expected to have cost £9.7 billion by 2021. Cutting £280 million from that is a tiny amount.

By December last year the DfE had spent £206.5 million on sites for free schools. They are an expensive project designed to undermine state schools and promote privatisation and should be scrapped altogether.

But the capital budget needs more money, not less.

A National Audit Office report in February showed that school buildings are in desperate need of repair. The government estimated that it would cost £6.7 billion to restore all school buildings to a satisfactory or better condition.

Greening claimed the extra cash is “significant”. But even if it was £1.3 billion of new money, it’s a drop in the ocean compared to what schools really need.

And the Tories remain committed to bringing in their “national funding formula” by 2018, although Greening won’t spell out how it will work until the autumn.

If unchanged, the new formula will see the overwhelming majority of schools worse off.

Theresa May had previously pledged £4 billion for schools by 2022 in the Tory manifesto. The Institute for Fiscal Studies said school funding would fall by nearly 3 percent by 2021 – even with that £4 billion.

This is because of growing student numbers, inflation and previous cuts. The Education Policy Institute also said that Tory plans would cut school funding in real terms.

General secretary of the NUT Kevin Courtney said the £4 billion figure was “misleading”. “They are actually promising to give only £1 billion per year,” he said. “Which is clearly not enough when schools are facing a £3 billion real terms cut in their funding.”

Yet Greening’s announcement is even worse than that.

The Tories claim that no school will lose out. They have said the same thing over and over as they have fought to push through their cuts and it is a lie.

Schools have already lost out as heads plan cuts to deal with inadequate funding. Unions, parents and other activists must redouble the fight to stop the cuts and defend education 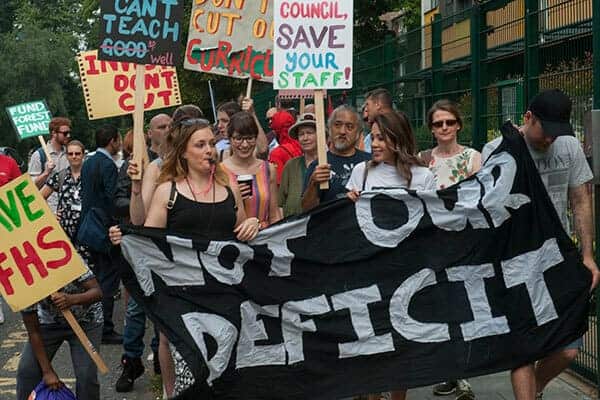 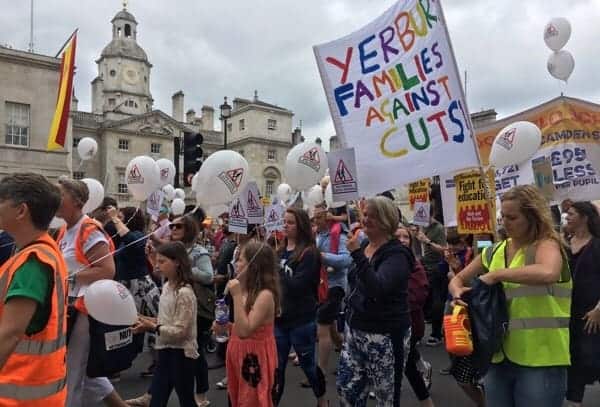