The NEU union plans to consult some of its members on whether to ballot for local boycotts of Sats tests.

In an indicative ballot across England, some 59 percent voted in favour of boycotting Sats. The turnout was 39 percent.

40 percent or more in favour of taking action. These are the threshold requirements that would need to be met in a formal ballot in order to satisfy the anti-union laws.

The NEU had planned to follow the indicative ballot with a formal ballot. But at an NEU executive meeting last Saturday its general secretaries, Kevin Courtney and Mary Bousted, argued against this based on the indicative results.

They agreed to consult districts that met the ballot thresholds over whether there should be ballots for district boycotts.

A march in support of the campaign to stop the academisation of Moulsecoomb Primary School in Brighton attracted 300 people last Saturday.

Marchers were supported by motorists and passers-by as they made their way to the centre of the city for a rally.

It was addressed by teachers, parents and school students, who all called for the school to remain under local authority control.

The campaign has the full support of the NEU union.

Teachers from another school facing academisation— Peacehaven Community School—attended the rally in a show of solidarity.

The walkout will take the number of strike days taken by NEU union members at the school to 20.

Strikers are fighting a plan to turn the school into an academy.

The United Learning Trust plans to take over the running of the school from September.

Workers at Strathcona School in Wembley, north west London, struck on Wednesday of last week for the second time. The NEU union members are fighting to keep the school open.

Parents and children joined strikers at Brent Civic Centre to leaflet the public.

Pupil Siluan Buliga said, “I learned English with the help of the teachers. Without the school we won’t have knowledge.” His mother Oana said the school is “like a family”.

Almost 20 Teachers at Hasland Hall Community School in Chesterfield have begun a series of one-day strikes.

NASUWT union members have concerns about workload and the way school leaders respond to children’s unacceptable behaviour. They walked out on Tuesday of this week, following a strike last Tuesday.

It’s right to fight over workload and cuts, but children’s rights should be also considered. 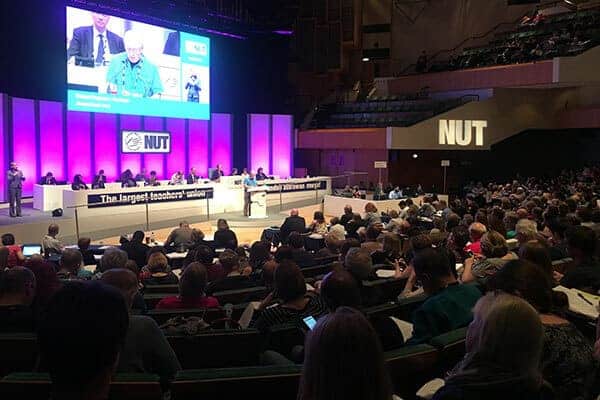 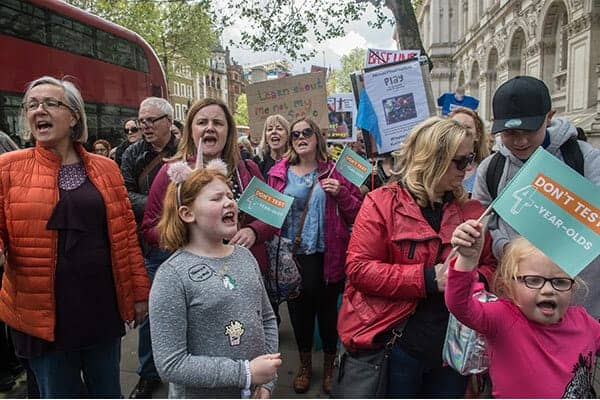 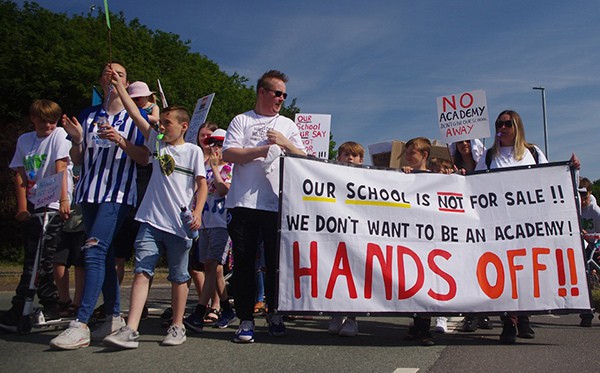 Reports round up: Moulsecoomb workers say yes to academies battle