This article is over 14 years, 7 months old
Scotland’s largest teaching union has called for a block on army recruitment in schools.
By Esme Choonara
Downloading PDF. Please wait...
Tuesday 12 June 2007

Scotland’s largest teaching union has called for a block on army recruitment in schools.

Delegates to the last weekend’s EIS Scottish teachers’ union conference in Perth voted overwhelmingly in favour of the ban.

Annie McCrae, a delegate from the Edinburgh local association of the EIS – the branch that submitted the motion – told Socialist Worker, “It was great to see so much support for the motion. We tried to submit it last year, but we were knocked back locally.

“This year we won it easily. It shows how far opinion has shifted and that people understand the connection with Iraq and Afghanistan and the loss of life there.”

The government spent a record £89 million on army recruitment campaigns last year – almost £7,000 per recruit, and an increase of £3.6 million on the previous year.

Despite the spiralling spending, more people are quitting the army than joining it.

This reflects the widespread anger over Iraq and Afghanistan. The ministry of defence admitted earlier this year that “the recruitment environment is proving challenging at the moment”.

Annie points out, “The British state realises that Iraq is having a huge impact on recruitment. They are responding to this by targeting schools, particularly in working class areas.”

Army visits to schools have risen dramatically in the last few years.

It was revealed recently that visits to Scottish schools in 2005-6 were ten times higher than the previous year.

Govan High, a secondary school in a poor working class area of Glasgow, has had 14 visits in just two years.

The army deny that they are recruiting in schools, but George McBride, a teacher from Govan High, who supported the resolution on behalf of the EIS executive council, told delegates, “I can assure conference that when the army turn up to my school with their military hardware, their clear intention is to entice school pupils to join up.”

Annie agrees: “The army come along and sell themselves as a big adventure. They bring their tanks into the playgrounds, and give out goodie bags or put on assault courses. They promise great careers and training.

“They don’t say that they are part of a military force responsible for so many deaths in Iraq. Instead they promote a view that they are the good guys.”

Nikki Logan, a school student from Edinburgh, spoke at a Stop the War fringe meeting just before the conference debate.

She told Socialist Worker that she was “over the moon” when she heard that the motion had been passed.

She said, “Now the Scottish executive will have to take a stance on the issue.

“Army recruitment in schools is totally inappropriate. School students shouldn’t have to feel that they have the military breathing down their neck.

“The army prey on working class families or people with troubled backgrounds. They make some young people feel like the army is the only option.

“They make a point of going into schools when pupils are making decisions about course options and about their futures.

“That is a stressful enough thing without them having pressure from an army presence in schools.

“There will be pupils who have family members currently in Iraq, and even some who have had family killed or injured.

“It can be very distressing for them to suddenly have the army turn up at their school.

Other Stop the War campaigners are taking up the call for a ban on recruitment in schools.

Glasgow Stop the War Coalition wrote to the new Scottish executive in the wake of the recent elections to ask what action they are going to take to stop the targeting of schools.

Annie McCrae wants to see the ban implemented across Scotland. She said, “The key now will be to turn the motion into action.

“We need union members and anti-war campaigners at a local level to put pressure on the local and Scottish authorities to make the ban a reality.” 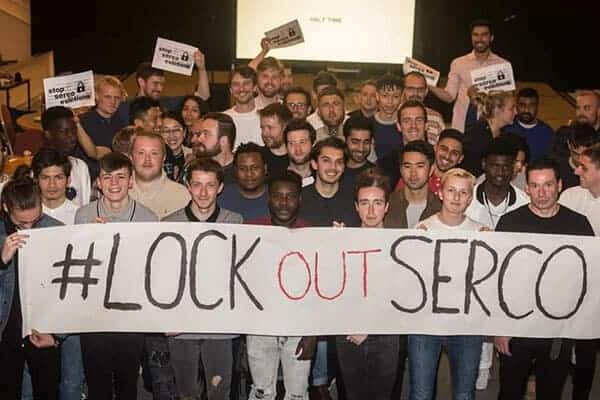 Meetings renew the movement in Scotland