Cosla, the employers’ organisation, has offered a below-inflation pay deal of one percent for 2013/14. It recently announced that this offer was conditional on unions agreeing a 1 percent deal in 2014/15.

Local government workers in Scotland narrowly voted against a programme of strikes in pursuit of their £1,000 flat rate claim.

The conference reluctantly accepted the 2013/14 offer following the ballot result.

But there was an overwhelming mood to reject a further year’s below-inflation wage rise.

Unison will now consult branches on its 2014/15 local government claim.

Activists argued that the union should be prepared to strike next March if bosses don’t meet the claim.

Strike in defence of victimised union activist at Soas 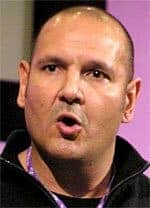