Tube workers brought London to a halt today, Thursday, with a total shutdown of the network.

It was the same on the Brixton picket line in south London. RMT union rep Micky told Socialist Worker, “It’s very solid in our depot—and having all four unions out has really boosted people.”

This is the second united walkout by all four Tube unions—Aslef, RMT, TSSA and Unite.

Queues formed at train stations and bus stops from early evening on Wednesday as the shutdown began. By rush hour on Wednesday morning 428 traffic jams were reported.

Bosses are trying to ram through plans to bring in the 24-hour Night Tube in September.

“This is not about pay,” RMT union rep Barrie told Socialist Worker on the London Bridge picket line.

He explained, “We’re here because of management’s attack on our work life balance and health and safety. 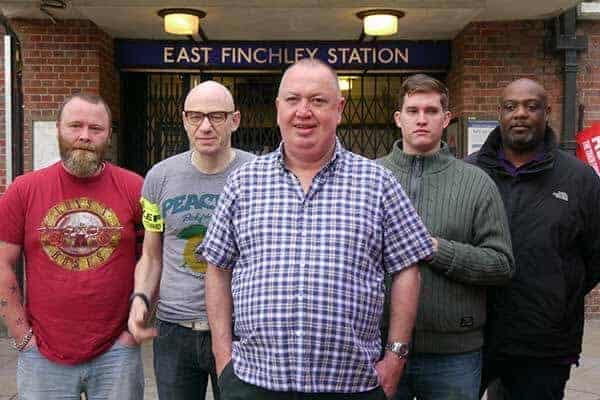 RMT driver Graham explained what the Night Tube would mean for workers. “We all know the impact shift work has on health.

“You’ve always got fatigue anyway and this would get worse with the new rosters. You’re up at 3am and eating breakfast two hours later, then a couple of days later you’re back at 3am.”

Barrie added, “Trains would be running from 5am on Friday until 12.30am on Sunday, but both the trains and the track need checking regularly.

Passenger safety at stations is also under threat. Barrie said, “The Northern Line won’t be part of the Night Tube in London Bridge.

“They initially said there’d be a metal gate to stop people going down, but now that’s ‘too expensive’ so they’re only putting up a tape barrier.

“What good is that to anyone?”

Station worker Bethan told Socialist Worker, “You can easily fall, but how can you keep people safe without the night staff to deal with it?

“When there’s only one supervisor for three stations, someone could collapse and be lying there for ages before anyone realises.”

LU bosses have already scaled back the track maintenance regime—and this would get worse under the Night Tube while usage was going up.

Aslef union general secretary Mick Whelan told Socialist Worker, “We’re not against the Night Tube—we’re against the impact that it would currently have.

“This is about a tyrannical and draconian management trying to impose it.”

This assault could see workers having to work unlimited nights and weekends, which would have a serious impact on their health and social life.

Bosses always focus on pay to draw attention away from their plans to push through new rotas and £4.2 billion in cuts.

“We didn’t want to link pay to the Night Tube,” Micky said. “But management insisted on it so they could paint us as ‘unreasonable’ and say all sorts of rubbish they’re coming out with.”

The Tube strike caught the mood of resistance.

Many commuters—who the media have present as hating the strike—also came up to thank workers for taking on the Tories.

We need to build on it with more action.

Yet the Unite leadership is sitting on a live ballot on the London buses—there is no justification for not calling their members out today.

Workers have shown their power to take on austerity—with more action and solidarity they can win. 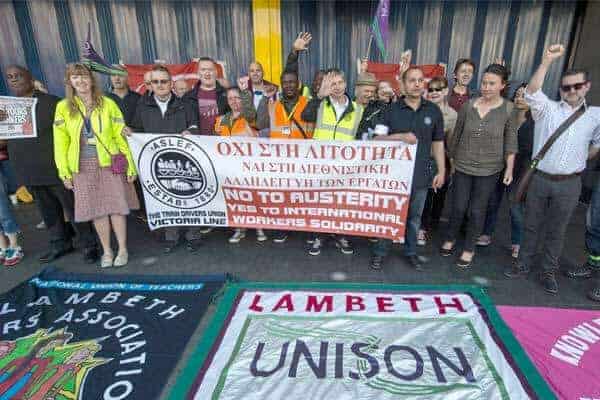 Shutdown of London's Tube shows the power of united workers 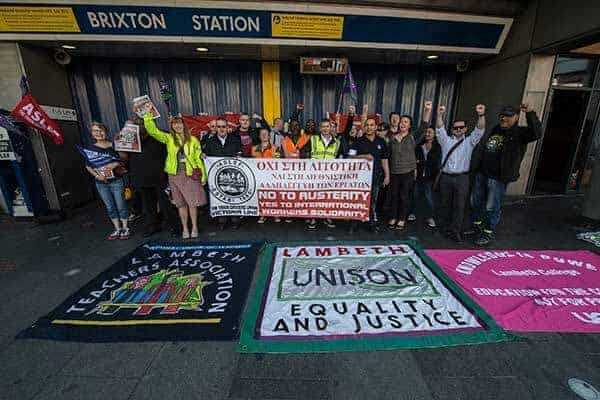