Why are George Bush and Tony Blair pushing for Iraq to adopt a new constitution?

They see it as the best way to stabilise their rule in Iraq. The US and Britain have failed to create a strongman in Iraq who could rule on their behalf.

They have opted instead for the oldest trick of imperialism — divide and rule.

They say that to withdraw troops now will lead to chaos and civil war. But the constitution is a recipe for endless conflict.

What points are contained in the proposed constitution?

The proposed constitution would divide Iraq up into several semi-autonomous regions based around the country’s oil fields — a Kurdish dominated north and a Shia dominated south.

The centre, where the vast majority of Iraqis live, will not have access to the oil wealth.

The constitution would also incorporate sectarian militias loyal to the US occupation into the security forces.

These militias include the Badr Brigades of the Supreme Council for Islamic Revolution in Iraq (Sciri) and the Kurdish Peshmerga. Both have been involved in sectarian murders and ethnic cleansing.

How divided are Iraqis?

The main division in the country is between those who support the occupation and those who want national liberation.

This division is not based on religion or ethnicity. Polls conducted after the fall of Saddam Hussein show that most Arabs, irrespective of religion, want the foreign troops to leave.

The Shia majority is itself divided both by class and by the attitudes towards the occupation.

The poor who settled in the Sadr City suburb of Baghdad during the 1950s and 1960s were fleeing Shia landlords, clerics and grain merchants that dominated the cities of Najaf and Karbala.

Those two cities are dominated by Sciri, but Sadr City, with its two million urban poor, has long been the focus of radical and nationalist movements, from the Communist Party to Muqtada al-Sadr’s Mahdi Army.

Sectarian conflict is not ingrained in Iraqi society. Many of Iraq’s tribes have Shia and Sunni branches and in cities like Baghdad intermarriage is common.

What about the Kurds?

The Kurds have a historic demand for independence in the north of Iraq, where they are a majority.

But Baghdad is also home to many Kurds who live in mixed neighbourhoods. The US has made promises to the Kurds in the past only to abandon them later.

The Kurdish areas are ruled by two parties — the PUK and the KDP — that both, at one time or another, were allied to the old regime.

Both parties are set on the expulsion of Arabs from Kurdish areas.

The US has promised them limited autonomy with control over the oil rich north, in return for helping to smash the resistance.

Would Iraq descend into civil war if the occupation ended?

Over the past two years the US has been creating what is known as a “consociational democracy” in Iraq. This is the kind of power-sharing on which Bosnia is based.

It appears to balance the demands of different groups by ensuring that everyone has a say in government. But in reality the system institutionalises divisions. It gives those at the top of each “community” a share in state power, which they then dispense as “patronage”.

So it is the policies of the occupation that are creating sectarian and ethnic tensions — policies that will be enshrined in the constitution. 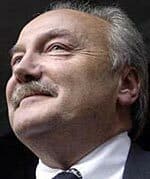 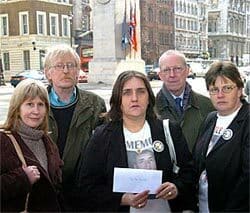