This article is over 16 years, 0 months old
The government's policy of privatising education will lead to a two tier system with McJobs for the many, writes Gargi Bhattacharyya
Downloading PDF. Please wait...
Saturday 24 June 2006

To be honest, nobody I know really sits around berating the forces of neoliberalism for the state of education. University and college staff have plenty to complain about, and like most other groups of workers, we make sure that we do.

Grizzling at each other about our shared gripes is the thing that binds us together. Blah blah management blah blah bureaucracy blah blah incompetence blah blah arse from elbow. It’s how we know them from us.

But neoliberalism? I’m not so sure that’s how people think. In education we prefer to believe that we have some agency and control over our working lives and the shape of the world.

The threat of neoliberalism seems a bit too large and intangible, another bogeyman-cum-conspiracy theory to explain why we are all doomed. Better, perhaps, to think about why marketisation is bad for education – because education staff are facing this debate at work all the time.

Staff stood with students in the campaign against fees not just out of sympathy. Most of us recognised that charging students would lead to an erosion of the public service ethos in education.

Once you accept that education is something individuals buy – as opposed to a public good that should be funded by all – staff pay and conditions and the overall quality of the service come under threat.

Already we see educational institutions being run to make profit, not to ensure a wide ranging and quality education. It is no surprise that in the same process there have been further attacks on staff pay – including moves towards local bargaining that could allow employers a free reign over what they pay and to whom.

At the same time some subject areas are facing closure because quality and breadth of provision have become less important than diverting money into other supposedly more lucrative areas.

With increasing pressure to lift the cap on fees, staff and students in universities face the prospect of privatised universities that offer McJobs and courses on the cheap for the many in order to fund famous name professorships for a few.

You can’t plan a proper education on the basis of what might make a profit, so staff stand to lose pay, conditions and professional integrity.

Institutions give away their independence to the highest bidder, ushering in courses in the benefits of the arms trade to poor economies, the achievements of the oil industry in international relations, the social responsibilities of big tobacco.

Across the sector, excessive bureaucracy steals time from real education and saps staff energies while handing more tools to management.

The pretence that educational institutions can be ranked in ‘league tables’ damages education and research for everyone.

Instead of supporting world class research, institutions cut corners for a quick result in the next research assessment exercise.

Instead of planning courses to maintain breadth of coverage and access for all, only courses that make money in the short term have a chance of survival.

Instead of considering individual growth and the social benefits of retaining different subjects and approaches to education, courses are opened and closed on the basis of what will get bums on seats right now.

In fact, all of this has been going on for some time. Employers have chopped and changed objectives and procedures and courses and provision – often with little consultation and less thought – by using ‘flexible’ labour.

And so far the biggest brunt of marketisation has been borne by these armies in terms of the sadly familiar – low pay, job insecurity, rubbish conditions and lack of autonomy in their work.

Overlapping with this group are the many international staff whose immigration status is tied to their employment contract, and who therefore have few alternatives but to struggle to meet even the most unreasonable of employer demands.

Gargi Bhattacharyya is a lecturer in cultural politics and religion at the University of Birmingham. She is speaking at the Education Not For Sale conference Saturday 24 June. Go to www.uculeft.org 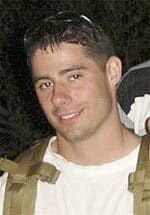 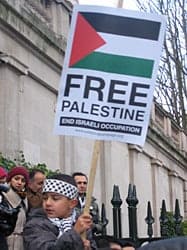 Thousands of demonstrators block road outside Israeli embassy in London

All unions out for Bowland school anti-academy strike