Selling off the elderly

Selling off the elderly

THE HEALTH and wellbeing of one pensioner made headline news recently. The Queen Mother has received the best health treatment and care with no expense spared.

But it is a different story for ordinary pensioners.

Winnie Bennett is a resident at the Wellesley Road elderly people’s home in Camden, north London.

But Winnie faces eviction because the Labour council plans to demolish the home. Most elderly people who need full time care are suffering some sort of physical or mental illness. Many are poor and rely on the welfare state.

Most people in Britain feel the elderly should be given more help and resources. Some two thirds of people believe those with long term illnesses should not have to pay for nursing or personal care, according to a survey for the King’s Fund charity.

Yet New Labour wants to put elderly care at the mercy of market forces and is encouraging privatistion of elderly people’s homes with gusto.

In Scotland the leaders of the Scottish Executive have been forced to provide free nursing and personal care for every elderly person.

This has not been implemented yet, and is causing a huge political row. But in England and Wales the government refuses to provide free personal care for elderly people who need help with things like washing and dressing themselves.

New Labour is even reneging on its pledge to fund free nursing care. It plans to means test those who need help from nursing assistants in care homes.

A New Labour supporting think-tank, the Institute for Public Policy Research, criticised New Labour’s approach to elderly care. It said, “There is concern from a number of quarters-the public, the financial services industry, health and social care workers-that the government’s policy is unravelling.”

THERE HAS been a long-running campaign to stop Camden Labour council in north London from demolishing the elderly people’s home in Wellesley Road.

PHYLLIS McGOVERN and MADDY COOPER spoke about the fight to save the home: “MY MOTHER went to Wellesley Road about two and a half years ago. She loved it from day one. She enjoyed the feeling of sharing and community. They let her bring her piano and they have a bit of a singalong in the home. My mother is 93 years old. I’m sure she has lived this long because she is happy and contented. At first we heard rumours about the closure and started asking questions. We had been told it was a “home for life”. The closure really worried my mother and all the other residents. They would talk about it amongst themselves and say, “We’ll all be chucked out before Christmas.” My mother has lived in this area all her life and the council wanted to move some of them to another borough. These people have struggled all their lives and can suddenly be thrown on the scrap heap. I didn’t dream that the Labour government could be so brutal to old people. It makes me feel quite sick. My mother and father have been staunch Labour supporters but I’ll never vote for them again as long as I live.”

“OUR CAMPAIGN has kept the home open for the last two years. When we first heard about the closure, around 100 turned up to a public meeting. Councillors were there and they lied through their teeth. They have done it again and again. They said the home had to close because it didn’t meet new standards that are coming in next year. But we have found out that if plans are drawn up to meet those standards by 2007 the home could stay open. There are 58 residents and 28 workers in the home. There has been a terrible feeling of fear. The council even spent 900 on suitcases ready to move the residents out. We took the council to court and won an injunction to stop them moving people. Now the council say they want a “fresh start”, and money is being spent on repairs. But our campaign steering group is watching them carefully. Since 1992 the number of homes in Camden have been cut from ten to four. We say we want to see homes being opened, not shut down.”

MADDY COOPER, member of the steering group to save Wellesley Road, and Socialist Alliance candidate for Hampstead & Highgate in last June’s general election

THE TRAUMA of having their home shut down and then being transferred to a private home is enough to kill elderly and frail people.

This year 12 out of 20 residents in the Craigdhu nursing home in Glasgow died within four months of its closure.

And at Torybrook, a home in Plymouth, ten out of the 12 residents died within two months of being transferred to ten private homes.

What is New Labour’s response to this scandal?

It is stepping up the process of privatisation of council-run elderly people’s homes that was started under Margaret Thatcher’s Tory government.

Councils are encouraged to make savings by paying the private sector to cover the cost of an individual’s care rather than run the homes themselves. So there were 134,000 residential care home beds provided directly by councils in 1980. But last year the figure was just 59,000.

This led to a boom in the private sector market.

Now some of the owners of private homes are saying they want more money than the councils or the government are prepared to give to cover the cost of care. Many are selling up. Last year 760 private care homes closed with the loss of around 16,200 beds.

ELDERLY PEOPLE’S homes across Britain are under threat from privatisation or closure.

The campaigning organisation RAGE has calculated that at least 42 councils are set to cut the number of beds they provide for the elderly. It estimates that a minimum of 5,700 beds will be axed. The figure could even rise to over 15,000.

The residents’ families, supporters and care workers have already started to fight back.

Campaigners in Birmingham have organised activities amongst residents including roadblocks to stop 30 homes being privatised. Find out if your local council is planning to shut down elderly people’s homes and get a campaign going. RAGE offers support to campaigns across the country. For more information go to www.ragenational.com or phone Mark on 07752 300 436. 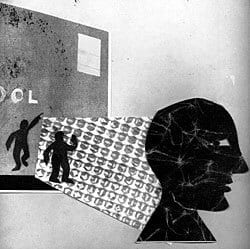 Gays should be proud of our history