AS THE demonstrations in Belgrade were taking place on Thursday of last week, the mainstream media were ecstatic until around 3.30pm. The protests were described as “people’s power” taking to the streets. But as it became clear that the Serbs were succeeding in overthrowing Milosevic, the commentators’ tone began to alter.

Suddenly the demonstrators had gone too far, and the generals and the opposition leaders had to get together and “restore order”. The question that was thrown up in Serbia last week is the major debate in any revolutionary situation. Is the revolution about the right to change the leader of the country, or about changing the whole nature of society?

Many events that are called revolutions involve very superficial changes. Often those benefiting under a corrupt or repressive regime can support movements against the government. Some protest movements allow the poor and dispossessed to let off steam and bring about a facade of change.

This is what occurred in Spain after the death of Franco in 1975. As struggles against the regime grew, it was recognised that something had to give. Society was supposedly transformed from a fascist state to a democratic republic.

But beneath the veneer of democracy in Spain the same people who ran big business and all the institutions of the state under Franco were still in place after the transition. Unfortunately this had the effect of blunting the workers’ fightback. The revolutions in Eastern Europe in 1989 brought down the Stalinist regimes in an example of “people’s power”.

Hundreds of thousands of people took to the streets in country after country to overthrow the repressive authorities. These people were promised a democratic state and an end to the rule of a small minority. While the majority of people in these countries still live in poverty there is still an elite controlling all the wealth and power. In most cases the people who controlled society under Stalinism still run society now.

They used the ideas of reform and change to head off mass revolts. Directors of previously nationalised companies are now directors of private corporations. Many of the key government figures were previously key figures in the Stalinist bureaucracy.

Vladimir Putin, the current Russian president, was an important person in the Soviet Union’s secret service, the KGB. The rulers of Azerbaijan, Kazakhstan and Georgia are all former top members of the Communist Party of the Soviet Union. The first time the phrase “people’s power” was used was in the Philippines in 1986. Huge protests forced dictator Ferdinand Marcos from office. There was huge joy across the Philippines and hope for change. But apart from the head of the country changing, things remained essentially the same. The landowners still ran the parliament. They refused any type of land reform which would have improved the lives of people.

The changes at the top barely impacted on the majority of the people who were left in terrible conditions. The Filipino population remained in great poverty, their employment under the control of big business. A large number of people turned to the growing sex industry as a degrading but regular form of making enough money to live.

Socialists rejoice over the overthrow of any repressive regime. But the experience of the fall of dictators over the last 25 years shows that “people’s power” has to go further than simply getting rid of one figure and the cliqxue around them.

This leaves the power and wealth in the hands of people who can pretend to oppose the former rulers. They can use their control of the media and the police to ensure they gain control of the new parliaments. To bring about a real transformation of society the protests that have erupted in Serbia need to take on the structures of the state itself. The workers of Yugoslavia have overthrown Milosevic but the lessons of the past must be learned.

The Serbs need to set about creating a society where the needs of workers and the poor come first. The first step in this is taking control of the economic basis of society. The workers create all of the wealth in society and should control it. Otherwise last week’s joy will inevitably turn to bitter disappointment. 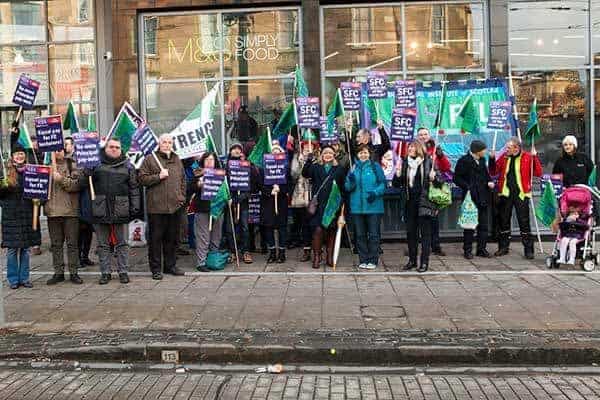 ‘I know it will be amazing’