AROUND 250 mainly student women and men demonstrated against the Miss World contest at the Millennium Dome on Thursday of last week. “The Dome was supposed to be a showcase for a new world,” said Laura from Cambridge University. “But it’s hosting the fiftieth anniversary of something that shouldn’t be happening any more.”

“Miss World makes sexism seem the norm,” commented Becky from Newcastle University. “Sexism is seen as being entertainment. It degrades and patronises women.”

Freida, a Swedish student from Anglia Polytechnic University in Cambridge, said, ” This contest is absurd. It sees women as cattle. It’s really sickening. But it’s great to see so many men on the protest.”

To chants of, “Police protect the sexists,” the demonstrators blockaded the entrance for around 15 minutes. Only police force meant the contest went ahead. The demonstration showed that a whole new generation of women, and men, are rejecting sexist ideas. We’re going to keep demonstrating until Miss World is shut down for good,” said Helen Russell, the NUS women’s officer, to great cheers at a rally at the end of the protest. 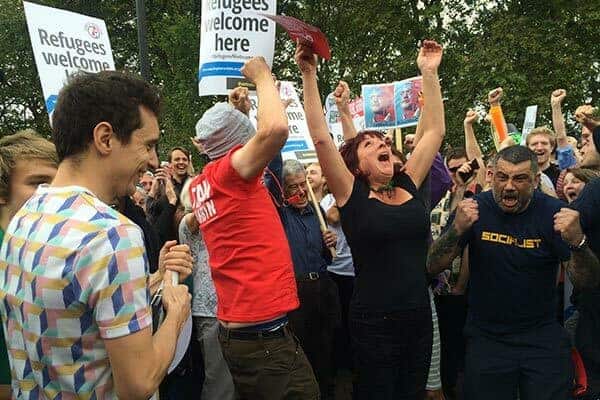