This article is over 6 years, 7 months old
The last British resident to be freed from Guantanamo Bay, Shaker Aamer, has described his torture in the camp, writes Judith Orr
Downloading PDF. Please wait...
Tuesday 15 December 2015

Shaker Aamer has spoken out for the first time since he was released from Guantanamo Bay in October.

Shaker was held for 14 years by the US, first in Bagram prison in Afghanistan and then in the notorious Guantanamo prison camp.

He accused Tony Blair and Jack Straw of allowing the US to torture him.

And he described British officials visiting him in Bagram and witnessing his torture.

Shaker said one watched as “This American guy grabs me by the head, and he slams it backwards against the wall.

“In my mind I think I must try to save my head so I tried to bring it forwards, but as soon as I do he grabs it again and bashes it: douff, then back again, douff, douff, douff.”

Shaker said the British man had a “posh accent” and blond hair. He did nothing to stop Shaker’s torture.

Shaker said, “Everything that happened to us is a war crime in Guantanamo.

“Everybody is going to be scared, even Tony Blair, I believe he is scared right now to go behind bars.”

Shaker said his hope of rescue rose on 7 January 2002 because a guard told him Tony Blair was coming to visit after the fall of the Taliban.

Shaker saw several British representatives. “The first British guy said his name was John, he said he knew about me from London,” Shaker said.

“He told me openly he was from MI5, and that he had a file on me. But the first thing he said when he saw me was, ‘Shaker, you look like a ghost.’

“With the torture, with the beating, I didn’t even know what I looked like. I hadn’t seen my face in months.”

Shaker described how US officers “used to jump on my face with their boots.

“Imagine in the freezing cold winter, on concrete in the middle of the airport, and young guards are beating you, they beat the hell out of you with their M16s, and jumping on your face and your body with their boots.

“These guards were doing it as a systematic torture.

“Every time somebody arrived, they had to beat the shit out of him, to make him know that if he does anything wrong, if he tries or thinks of running away he will never make it.”

Shaker led the camp’s first mass hunger strike against the conditions in 2005 despite being in solitary confinement.

He scratched away the glue around his cell window with a fork, which broke the soundproof seal so he was able to shout to other prisoners.

He said, “I called out, ‘Who is outside?’ and then we transfer information.”

Shaker said he will not stop campaigning till the full truth is exposed and Guantanamo is shut down. 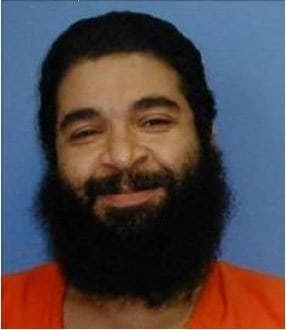 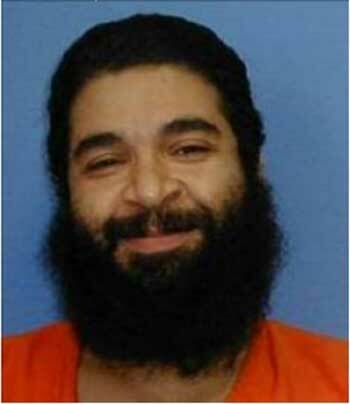