Should Jubilee 2000 continue after this year?

Should Jubilee 2000 continue after this year?

THE LEADERS of the rich G8 countries failed to cancel any Third World debt at their summit in Okinawa last month. They have not delivered even a tenth of the pathetic promises about debt cancellation they made the year before at Cologne. Jubilee 2000, the international campaign against debt, set itself the task of winning a debt-free new millennium for a billion of the world’s poorest people. It is scheduled to wind up at the end of this “millennium” year.

In Britain alone, Jubilee 2000 (J2000) has built a coalition of 100 different organisations since it formed in April 1996. It has thousands of activists. Many now think its work should carry on.

MARY McNEANY is a 49 year old careers adviser in Gateshead. She got involved in Jubilee 2000 through a peace group connected to her local church.

“We initially did the J2000 petition and got the 350 in our congregation to sign it and sent it off,” she says. “We kept very much in touch from then on. We sent a big group of people down to the Birmingham demonstration at the G8 summit in 1998, which was just fantastic. Then one member of our group went over to demonstrate in Cologne and he reported back. We’ve had J2000 speakers in church, who shocked people with all the facts and figures, and we put up paper chains all over the church to symbolise debt. We broke the chains into shreds. We had a special event to mark the G8 summit a couple of weeks ago. I’ve never been involved in anything like this before. I think it has raised awareness about the system to an incredible extent. I’ve even spoken to the church about the power of institutions like the World Trade Organisation, and about the Seattle demonstration. I would definitely like to see something carry on at the end of the year. I think keeping up the momentum after the millennium year is over will be difficult. But its got to be done in some shape or form. Imagine if you lived through the days when people were fighting for the abolition of slavery and you did nothing. It is that important.”

JACKIE OVERSBY is active in the Reading group. At the WOMAD festival, which was the same weekend as the Okinawa summit, they carried coffins marked “Bury the Debt” and got announcements about the summit made from the music stages.

She says, “There was a discussion at Dorchester Abbey recently about what Jubilee 2000 should do at the end of the year.

“Members of our group were amazed by how many people agreed that the campaign should fold at the end of the year, that we have done as much as we can in the time we gave ourselves. The papers say people have ‘compassion fatigue’. But I don’t think that is the case. Through the campaign people feel they have got some power. Politicians always say that people are only interested in local issues or what affects them. But Jubilee 2000 has got so many people involved fighting for the rights of people on the other side of the world. It would be crazy to stop now.”

CRAIG SMALLBONE works for a charity and is also the Jubilee 2000 co-ordinator for east London. He says: “What should happen at the end of the year is a tough question. I think the activists of organisations like the World Development Movement and Christian Aid will be really angry if the campaign does not carry on. To me it would be ridiculous not to continue. It would be like ending the anti-apartheid movement before apartheid was finished. Some people talk like it would be an admission of defeat if we were to continue. That annoys me. We’ve had a really impressive campaign that has put debt right on the agenda. Ten years ago if you said cancel the debt people in high office would laugh at you. Now Gordon Brown and Tony Blair say the right things, even if they don’t deliver. The debt campaign has got to continue until there is no debt. It’s as simple as that.”

The future of the coalition has produced some heated debate at the national J2000 office in London. MEL JOHN has worked as a full time volunteer at the office for the last 18 months.

She says, “We’ve had lots of staff meetings about the issue. And lots of people have voiced the view that we don’t want the campaign to stop. But the board is very much for winding things up. It is all going ahead in November, after Prague. Some of us, however, are discussing a replacement for J2000 at the moment. Something will carry on, though we are not clear exactly what. But there has been a lot more agreement over this since Okinawa because it was such a betrayal. I regret we gave the G8 credit for what they promised in Cologne in 1999 now that they have not even delivered that. But it has been brilliant working for J2000. The campaign has made people question the root cause of poverty.”

Where does my union stand on the pensions fight? 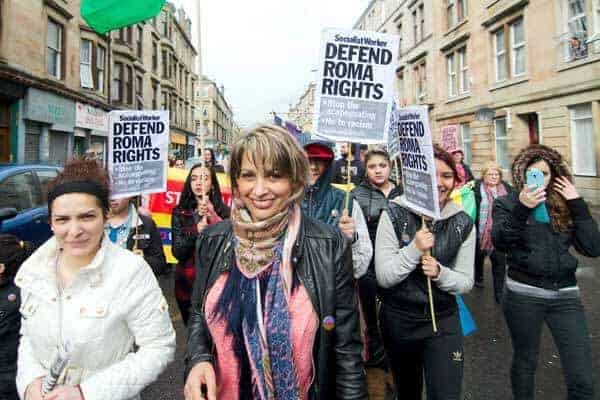