Sita Sembcorp workers protest to demand one rate for the job

Rank and file construction workers protested at all four gates of the ICI Wilton chemical works in Redcar, Teesside, on Friday of last week.

Scaffolder and Unite union member Tony Seaman told Socialist Worker, “At one gate we had enough people not to let anyone in until 10am.

“In others people went in slowly, after taking leaflets and signing petitions.

“Some of the police just try to intimidate you. But we’ve got a democratic right to protest.

“We told them, you start nicking people here and see what the consequences are.”

Another protest was set for Wednesday of this week.

Construction consortium Sita Sembcorp is breaking national agreements on pay by bringing in Romanian workers on a lower wage.

Activists accuse bosses of sowing division by telling the Romanian workers that the union is out to get them sent away.

Tony said, “It’s not about foreign workers at all—it’s about rates of pay that break the national agreement.

“We’ve had Romanian workers come up and talk to us on the protest, and we tell them we’re not trying to get rid of you.

“All our leaflets have Romanian on them, so they can read it.

“The union even went with interpreters to talk to them, but none of them came in that day they were so scared”.

Sticking to the national agreement should mean giving the Romanian workers a pay rise—not kicking them out.

As well as Wednesday’s protest, the workers were set to attend one of Jeremy Corbyn’s meetings on Tuesday of this week.

They plan to come to London for a national rank and file meeting on Saturday. 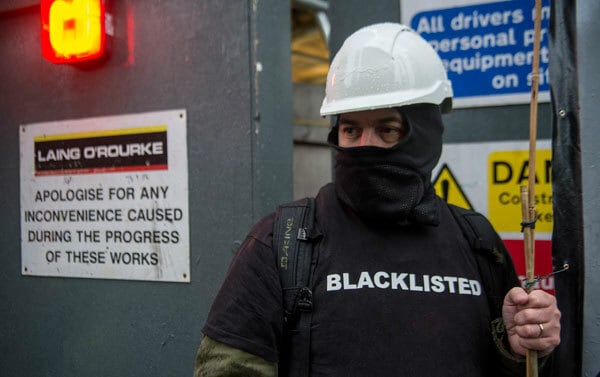 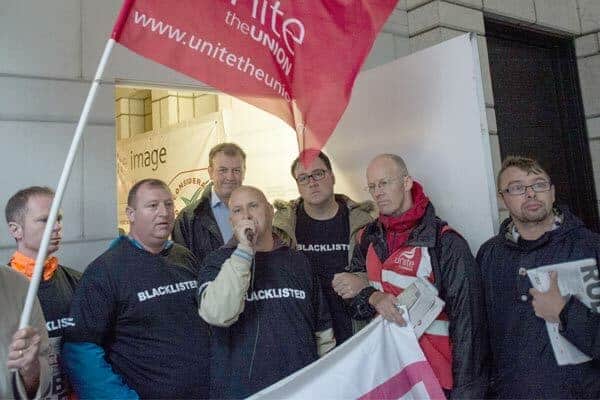