“THE ECONOMIC slowdown facing the UK is now spreading beyond manufacturing.” That was the grim warning this week from the head of the bosses’ CBI organisation. CBI director general Digby Jones joined a growing chorus who warn recession is looming.

That threat was underlined by the new job losses announced by electronics firm Marconi this week. Another 2,000 workers will lose their jobs, after the firm has already slashed 8,000 this year.

And the scale of the crisis rolling through industry was also underlined by the panic merger of computer giants Hewlett Packard and Compaq announced this week. The merger deal will create a $25 billion company. This is less than each of the two companies was worth alone just a year ago. Jones’s warning of worse to come was prompted by a survey by accountancy firm Deloitte & Touche which showed profitability and optimism among bosses in the service sector have fallen at their fastest rate for three years. Manufacturing industry in Britain is already officially in recession. Output has fallen for the last six months.

But pro-capitalist commentators have pointed to the growth in service industries to claim overall recession could be avoided. The new survey shows that this hope could be unfounded. Some commentators point to still growing consumer spending as the hope to avoid recession.

Yet record levels of personal debt, as a new survey last week showed, are sustaining that growth. That is a fragile bubble, often maintained by people borrowing on the basis of feeling that the insane house price boom will go on. If worry about the economy turns to fear on a sufficient scale the bubble could burst and the economy could slide rapidly into slump.

WORKERS AT a Scottish electronics plant this week heard they will be on the dole before Christmas. The 100 workers at the Matushita Panasonic factory in East Kilbride makes transformers for TVs. The factory closure is the latest to hit the electronics industry.

Viasystems, which has already shut a plant in Scotland, this week announced 850 job losses at its factories at Longbenton and South Shields on Tyneside. Some 5,000 jobs have already been axed in the electronics industry this year in Scotland alone, says a new report by the Scottish Engineering bosses’ group.

How corruption is built into capitalism 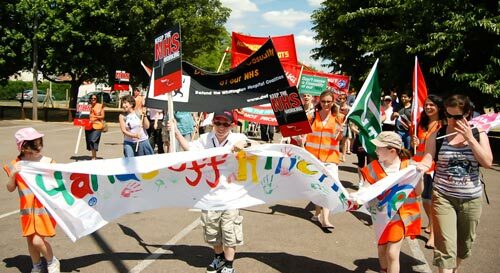 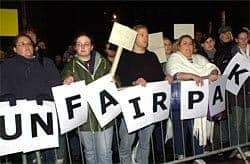 ‘Why are the bankers bailed out when we are left with nothing?’