THE FAT cats are getting fatter. A new survey by the Financial Mail on Sunday has found that bosses of Britain’s companies got an average 30 percent pay rise last year. This is six times the growth in average earnings and more than 13 times the rate of inflation.

More than half of Britain’s directors of top companies earn over 1 million-nearly 5,000 a day and 50 times the wages of a junior doctor. This is the widest gap since the heyday of Thatcherism in the 1980s. Bosses at the shipping and ferry company P&O gave themselves a 20 percent hike last year.

They are currently telling their workers to take a paltry 2 percent wage “rise”. When “bonuses” are taken into account the cash goes through the roof. Jan Leschly, the outgoing boss of SmithKline Beecham, got 2.2 million in wages last year. He then got another 91 million in share options. The board at BP Amoco gave themselves a 113 percent rise last year. High street store Marks & Spencer’s top managers have not been put off by terrible sales figures and mass redundancies. They have awarded themselves a 17 million bonus.

MORE TALES of woe from the dot.com world…and guess who’s paying. Efdex was set up to enable restaurants and hotels to buy supplies online. Its investors include Sir Kit McMahon, former deputy at the Bank of England, and Ian Molson of the Molson Canadian beer company. Efdex said it was going to sign up 40,000 clients. It currently has just 2,000 on its database. Efdex presently owes its staff two months wages. Many have walked out on strike in protest. The company owes 100,000 and faces 23 county court orders for non-payment. The chairman of Efdex is Tim Carron-Brown. In 1996 he set up a company called Channel 11. This talented businessman got a 420,000 grant from the Argyll and Islands Enterprise Company. Months later the firm collapsed, taking the jobs of 140 staff with it.

CORPORATE branding is reaching new heights. Coca Cola has now bought the exclusive rights to sell its drinks on the public beaches of the Los Angeles suburb of Huntington Beach.

Pepsi has a similar deal with San Diego, and Atlanta gets money for allowing Visa to call itself the city’s official credit card. No doubt this trend will spread to Britain. So expect the Virgin Cola Southport Pleasure Beach.

ANY BUYERS for Tony Blair’s old car? The prime minister has put his seven seater 1997 Chrysler Grand Voyager on the market for 30,000-4,000 more than he paid for it.

But it has all the mod cons a growing family needs-two TVs, a fridge, a CD player, a video and a Sony Playstation.

A STRANGE breed, these Liberal Democrats. Shane Sinclair, the party’s parliamentary candidate for Swansea East, has just resigned after he was found to be accessing and posting messages to an extreme Ulster Loyalist website.

The website features a picture of the now dead notorious sectarian murderer Billy Wright. “I am a Unionist who believes in devolution” and “am only interested in Ulster history”, the confused Sinclair told a local paper.

In 1994 Sinclair split from the Lib Dem youth wing after it called for the abolition of the monarchy.

* JUST THINK how they treat the prisoners. A black prison officer has received a second compensation award from the Prison Service after suffering racial discrimination.

Claude Johnson was awarded 28,000 in 1995 after an 18-month campaign of racist harassment at Brixton prison. When he returned to work at the prison he was targeted again. He has now got another 80,000 in compensation from a second industrial tribunal.

* A BLACK social worker who was due to chair a police seminar on racially motivated crime told a court how he was handcuffed by five officers for allegedly breaking the speed limit by 14 miles an hour. Glen Duke spent nearly four hours in a police cell after being arrested in Devon. He was acquitted of speeding by an Exeter court last week. Duke told the court that he had been stopped because he was black. “I have had experiences like this before,” he said. Latest figures show Devon police are over five times more likely to stop a black person than their white counterpart.

ALL readers of Socialist Worker are invited to the Greater London Labour Party Annual Gala Dinner and Dance on 14 June. This “promises to be a wonderful occasion” hosted by Mo Mowlam at the Marriott Hotel, Grosvenor Square. Tickets are a snip at 75 each, or 650 for a table of ten. See you there.

IBM workers meet to fight back over pensions 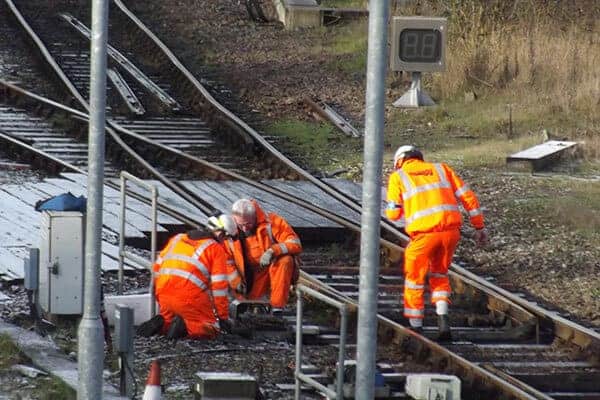 Ballot due at Metroline