This article is over 16 years, 2 months old
The School of Oriental and African Studies (SOAS) in London dismissed two specialist librarians on China and Japan/Korea to cut costs on 30 September.
By Graham Dyer
Downloading PDF. Please wait...
Saturday 29 October 2005

The School of Oriental and African Studies (SOAS) in London dismissed two specialist librarians on China and Japan/Korea to cut costs on 30 September.

Two other specialist librarians remain at risk of compulsory redundancy or the imposition of significant changes to their jobs.

All four are members of the AUT union.

Staff are appalled at the treatment of those sacked, who have a combined length of service of over 36 years. They have not even been allowed to work out their notice.

In protest, 18 academic staff have resigned positions they hold outside of their contracts, bringing Chinese, Japanese and Korean studies to a halt.

A packed meeting of SOAS AUT branch has voted for a strike ballot to demand reinstatement.

The support staff union, Unison, and the students union are also vigorously backing the campaign.

Management has resisted all attempts to resolve this dispute.

It refused to follow agreed procedures for handling restructuring, and failed to consult properly with library staff, the AUT, or with library users.

AUT members lobbied for a special meeting of the SOAS governing body, called for Wednesday of this week, to rethink the sackings.

A lobby of the meeting was due to take place to show the strength of support for the sacked librarians and to urge the university to reinstate them. 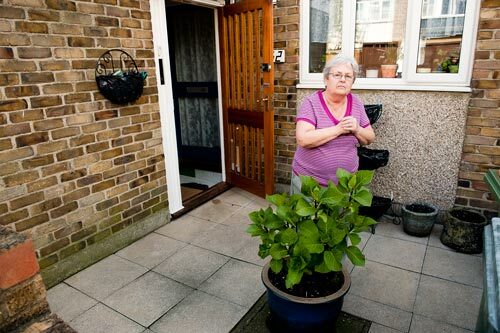 This is social cleansing, say residents forced to move