THE VICTORY of a socialist candidate in the election for general secretary of Britain’s fifth biggest trade union will send shockwaves through the labour movement. Mark Serwotka, standing on a socialist platform, beat the Blairite candidate Hugh Lanning in the PCS civil servants’ union elections. Serwotka polled 40,740 votes against 33,942 votes for Lanning on a 30 percent turnout.

Serwotka called for an end to poverty pay, scrapping the anti trade union laws, no “partnership” deals with the bosses, and a return to collective bargaining. He campaigned for a fight “against privatisation and threats to education, the NHS and the welfare state”.

His victory should boost the left throughout the labour movement. New Labour and the Tories vied this week over which party would be the toughest on crime and cut the most tax. But the PCS vote showed there is a huge gap between these politicians and the bitterness that ordinary workers feel. Civil servants voted in record numbers for New Labour in 1997, many for the first time. They have been badly let down.

New Labour has privatised civil service departments. Now it wants to privatise air traffic control. It has kept the workforce on poverty pay. Gordon Brown has bashed civil servants for their “absentee culture”, even as they suffer record levels of stress through overwork.

But the vote for a socialist candidate shows that, given the opportunity, thousands of people are prepared to vote for a clear left alternative to New Labour’s Tory policies. As Mark Serwotka told Socialist Worker, “My election indicates the depth of dissatisfaction with New Labour.

“Now the left inside and outside the PCS has to take up issues such as privatisation, and begin to unite and fight back.” Mark Serwotka’s victory is a barometer of massive anger at the base of society. Every reader of Socialist Worker now needs to work at translating that mood into action. 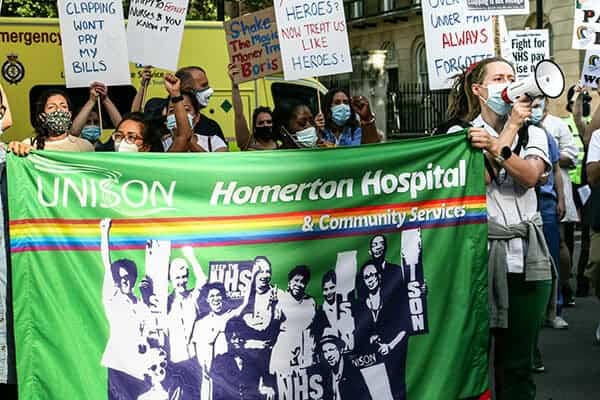 Why they're afraid of Tommy Sheridan and the drugs debate