This article is over 13 years, 1 months old
Hundreds of workers in the UCU and Unison unions at London Metropolitan University took joint strike action on Tuesday this week against a vicious plan to axe up to a quarter of the workforce.
Downloading PDF. Please wait...
Tuesday 14 July 2009

Hundreds of workers in the UCU and Unison unions at London Metropolitan University took joint strike action on Tuesday this week against a vicious plan to axe up to a quarter of the workforce.

Members of both unions joined pickets at all the main sites of the university. Unison members at several picket lines reported people joining the union on the day to support the strike.

The receptionist at the Women’s Library joined Unison so that she could take part in the action, forcing management to shut the building.

Ben Whitham, the communications officer for London Met Unison spoke to Socialist Worker from one of the picket lines at the Holloway Road site in North London.

He said, “We’ve had a strong turnout and we’re definitely having a big impact. Already a couple of people who were going in have joined the strike instead.

“Now we have to keep fighting to get the interim Vice Chancellor to drop the failed ‘recovery’ plan.”

Ben added that part of the university’s problems stem from the way it has increasingly been run as a business, instead of as an education service.

He added, “We’ll keep taking strike action until the cuts are put on hold and the unions get some input into the running of the university.”

This is the second strike by UCU members at the university. UCU rep Yaz Djebbour said, “This strike is as strong as last time, despite the holidays. We need to keep the campaign going.”

The strikers and their supporters held a joint union rally at lunchtime and went on to hand in a 3,500 strong petition to business secretary Peter Mandelson.

For more on the dispute go to » savelondonmetuni.blogspot.com 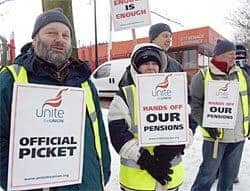 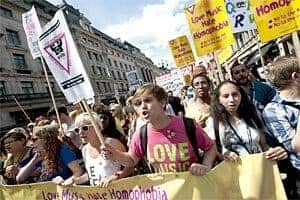