Domestics at South Tyneside NHS foundation trust completed a six-day strike on Tuesday of this week. They are now considering indefinite action.

The 240 members of the Unison and GMB unions are fighting for recognition for the work they do.

Managers are trying to force them onto contracts that do not recognise the contact the workers have with patients—which means they will receive a lower wage and have worse prospects of winning pay rises.

The workers are demanding that they are placed on band two rather than band one of the new Agenda for Change pay structure.

On the first day of the action, one picket told Socialist Worker, “One-day strikes don’t work because the managers know we will be back next day to muck out.”

“We perform full specialist cleans to deal with things like MRSA. But they don’t want to pay us for this work.”

Roger Nettleship, the Unison joint branch secretary, told Socialist Worker, “Unison members have now said they want to go for indefinite strike action if their demands are not met.

“The workers have gone from agonising over whether to strike at all to their current determination to see this through.”

The six-day action began to bite and managers were drafted in to attempt to clean wards.

As Steve Gribbon, a regional organiser from the GMB, pointed out, managers were shown on television cleaning wards using mops, which can spread infections such as MRSA, rather than the machines that trained domestics use.

“There was a fantastic atmosphere around the strike,” said Roger. “It’s been absolutely solid. The workers won lots of support from other staff in the hospital and we’ve had thousands of pounds donated by other union branches.

“Before the action began there was a willingness to suspend the strike to allow meaningful negotiations. But management refused, so the strike went ahead.”

Following the strike, managers were set to meet negotiators from the two unions involved on Wednesday of this week. 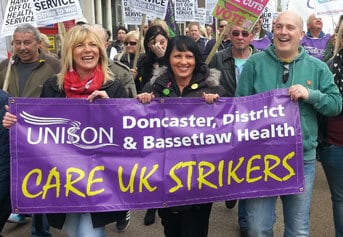 Newsquest journalists to strike for jobs 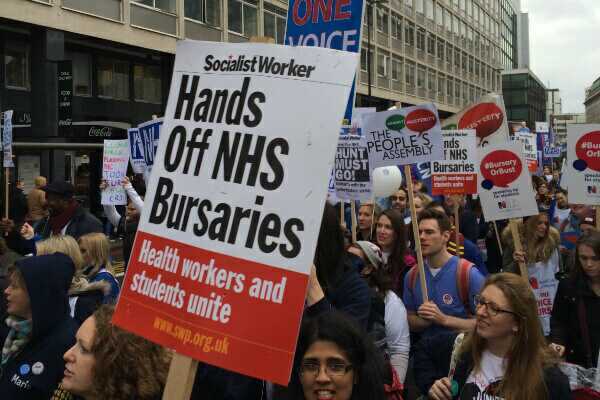