The march was young and angry.

Students and trade unionists led the parade. They chanted against Tory cuts.

Their sound system blared music, interspersed with chants that were taken up by the NUS, Queers Against the Cuts and other contingents marching behind them.

‘No ifs, no buts, no education cuts’ and ‘Pride is a protest – pride not profit’ rang down Regent Street.

When Josh Hollands, a student and organiser of LMHH, took the microphone to praise the public sector strike on Thursday the crowd erupted in cheers.

Students and teachers stood together on the bus under the slogan – ‘teachers and students united against bigotry – no to homohpobia, no to islamophobia’.

A number of marchers raised concerns about the Tories trying to drive back LGBT rights.

Ann Marie, a student from Sheffield, told Socialist Worker, ‘I came on the protest because I’m bisexual and the LGBT community is important to me. In the UK and across the world there is still injustice against LGBT people. So it’s important to be visible.’

Students Amee and Rose travelled from Hull to join the protest.

‘We have to show we are proud of who we are – especiallty for people who can’t be out,’ Amee said. ‘We say, being LGBT isn’t weird or wrong. It’s beautiful.’

Rose agreed saying that Pride is an opportunity to meet people and celebrate our sexuality. But she said that the politics of Pride is important too.

‘I’m here to raise socialist politics,’ she said. ‘We have to make Pride political and fight the attacks from the Tories.’

Ken Martin was one of the oldest people on Pride this year. At 89 he said he was proud to be on the march.

‘It was hard when I was younger and who I am was considered illegal,’ he told Socialist Worker. ‘Things are so much better now. I’m out. Where I live all my neighbours know who I am and it isn’t a problem. We are considered part of society now, that is wonderful. We have to make sure it stays that way.’

There were big contingents of LGBT trade unionists on the protest.

A CWU union member working for Royal Mail said that the Tory cuts were targetting LGBT people too and that cuts to funding for LGBT charities and Aids research were worrying.

A lecturer in the UCU union said, ‘We need a united resistance because the cuts affect LGBT and straight people – they are an attack on all working class people.’

Firefighters on the protest refused to march with the London Fire Brigade because of cuts.

‘We’re protesting against cuts to the fire service,’ one firefighter told Socialist Worker.

‘So we are marching to show we are out and proud, and against the cuts.’

As the march reached Trafalgar Square the chant, ‘No ifs, no buts – no to Tory cuts’ reached a crescendo.

Over the last few years, Pride parades have become increasingly political rather than just parades. This was definitely the case this year.

What next for electricians? 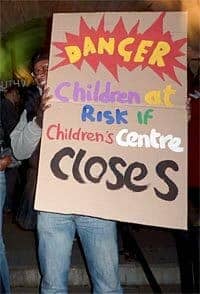 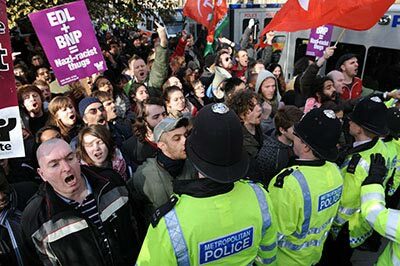