Workers at aerospace parts firm SPS Technologies in Leicester continue a strike over fire and rehire cuts that will cost them up to £3,000 a year.

Strikes by 200 Unite union members began on 12 March and escalated to a continuous strike until 3 June.

Bristol Water: Bristol Water workers struck on Tuesday to demand the end of a pay freeze and better pension contributions.

The members of the GMB union voted 75 percent in favour of strikes after receiving a pay deal that the GMB described as “insulting”.

Workers were also furious after it was revealed that chief executive of Bristol Water, Mel Karam, received a £300,000 bonus last year.

“Senior management are motivated by their own pay incentives and are driving down our members’ standard of living to pay for them.

“We have challenged the CEO on his position and behaviour and his response was to withdraw from talks altogether—which shows a total lack of accountability.”

Courts: Outsourced security guards working in the courts and tribunals service are set to strike for a living wage between Tuesday and Thursday of next week.

The security guards, who work for contractor OCS, are members of the PCS union. They voted by more than 91 percent for strikes after rejecting a pay increase of just 13p per hour.

Further strikes are set for between Tuesday 20 and Thursday 22 April.

Meanwhile, a strike by other courts and tribunals system workers was called off after the PCS said bosses had granted “significant concessions.”

They agreed to monitor court capacity and facilitate more working from home.

Heathrow: The PCS union called off a strike by passport officers at Heathrow Airport last week. Bosses have offered talks.

Leicester University: UCU union members at the University of Leicester are balloting for strikes to defend jobs. Bosses had threatened 145 compulsory redundancies.

They have cut this number after some workers took “voluntary” redundancy, but many workers remain at risk.

Thurrock council: Council workers in Thurrock, Essex are set to strike for three weeks over the council’s plans to cut their pay and conditions.

Refuse workers, highway maintenance and street cleaners in the Unite union plan a strike from Tuesday 13 April until Friday 7 May.

Goodlord: Around 20 workers from the tenant referencing department of London‑based Goodlord are on strike over fire and rehire plans. This will see wages cut by £6,000.

Unite union members have been striking since the end of February, but escalated to an indefinite strike at the beginning of March.

Picket lines outside Goodlord’s headquarters in east London will be held on Thursday 8 April and Friday 9 April at 11:30am.

Communisis: Bank workers in the Unite union at Communisis in Edinburgh were set to strike this week and next week over a pay freeze and the closure of a pension scheme. 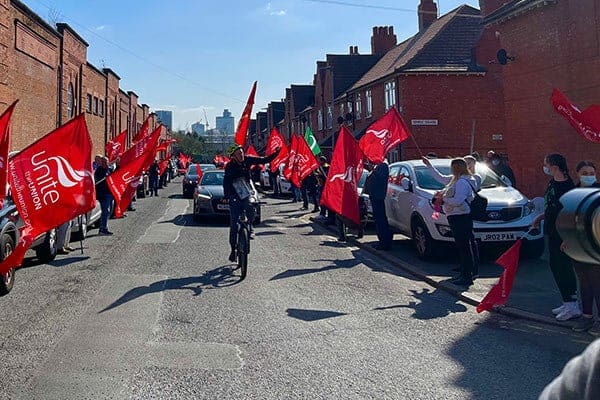 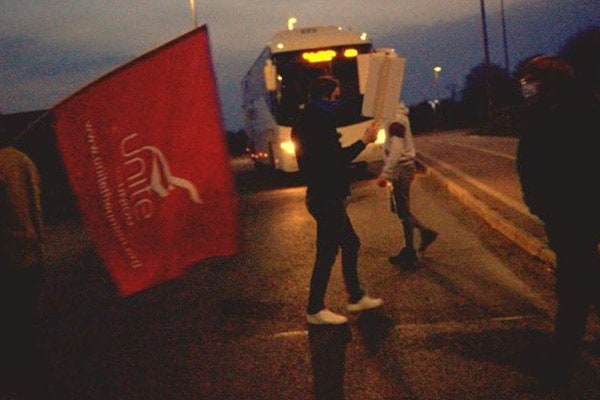 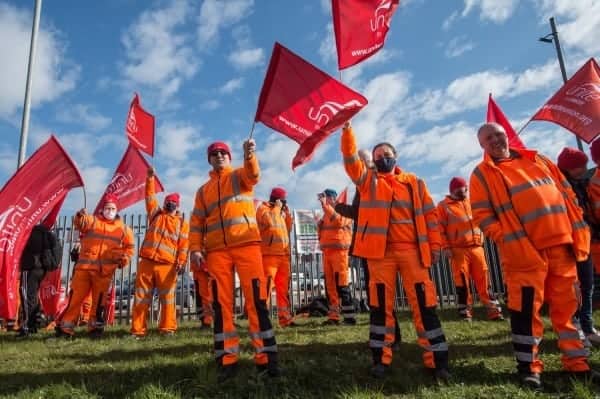