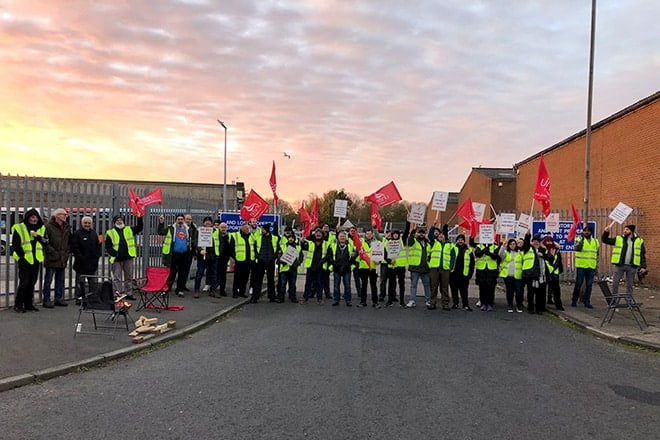 Stagecoach workers on strike in Teesside

Some 200 bus workers in Hartlepool and Stockton, Teesside, struck on Monday—their first of several planned strike days over pay.

Over 800 bus workers at Stagecoach North East had voted overwhelmingly to strike over bosses’ “divide and rule” tactics on pay—with different rates at different depots.

But Unite called off strikes in Newcastle, South Shields and Sunderland after bosses made a new offer.

Workers at these depots are now voting on the new offer—and could re-join strikes from Tuesday of next week if they reject it.

The union’s tactics risk playing into the bosses’ divide and rule plans.

No group of workers should be left to fight alone.

There was a huge 92 percent vote in favour of the strike with 94 percent voting for an additional overtime ban.

More strikes were set to take place on Wednesday and Friday of this week, and Tuesday, Thursday and Saturday of next week.

Escalation in Blackwood, Brynmawr and Cwmbran

Stagecoach workers in south Wales are set to escalate action after talks broke down.

Workers in the Unite union are demanding a wage of £10.50 an hour—in line with what Stagecoach workers are paid in some other parts of Britain.

Workers have already walked out for ten days at depots in Blackwood, Brynmawr and Cwmbran and will now strike continuously from Wednesday of next week to 10 January, 2022.

“In the light of this gross hypocrisy our members are more resolute than ever and will not back down in this dispute.”

More than 250 bus drivers, based at Stagecoach depots in Kent and Sussex, are set to strike for seven days over pay.

Wrong to call off strike

The Unite union has called off a strike of 2,000 Arriva bus drivers in Liverpool, Manchester and the northwest of England following a pay offer.

Unite is calling on its members to accept a below–inflation, 3 percent pay rise—essentially a pay cut.

This is the second time that Unite’s leaders have called off action.

The workers had already rejected a 3 percent offer—and wanted a return to action.

But Unite is balloting them again over small “improvements.”

Workers should refuse this and continue with plans to strike to win a proper pay rise. 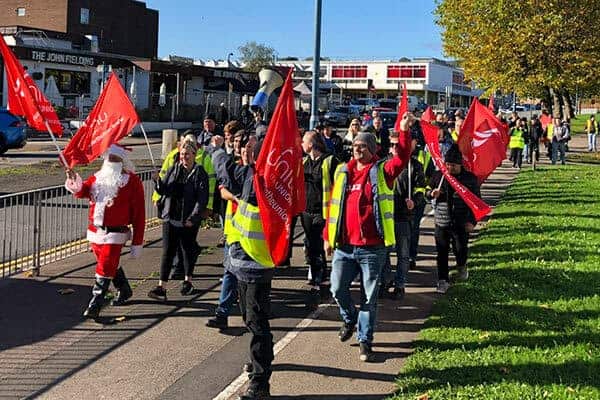