This article is over 19 years, 11 months old
A national postal strike could begin a week next Wednesday, 6 March, union leaders announced last week. Talks are still continuing, but the union says that if there is no agreement then strike dates have been \"pencilled in\".
By Charlie Kimber
Downloading PDF. Please wait...
Saturday 23 February 2002

A national postal strike could begin a week next Wednesday, 6 March, union leaders announced last week. Talks are still continuing, but the union says that if there is no agreement then strike dates have been ‘pencilled in’.

However, Communication Workers Union (CWU) members will have to press hard to make sure their union leaders do not fudge together a bad deal before then or call only token action.

The immediate cause of the dispute is pay. Royal Mail has offered just 2 percent. The union’s modest claim is 5 percent. Most postal workers are on a basic wage of around £250 a week before tax. Around 60 percent of delivery workers are on a six-day week, and 20,000 postal workers regularly work more than 48 hours a week. Workers voted two to one for strikes.

Much more is at stake than pay. The postal regulator has proposed that private firms should be allowed to grab half the mail in Britain from April. Postal bosses have also made clear their intention to slash 30,000 jobs in the next 18 months.

CWU activists must demand that all these issues are taken up in the strike campaign. A narrow focus on a single issue will not be enough. The CWU has to mount a political challenge to the government’s priorities of privatisation and running down public services.

To succeed in such a battle will need more than a clever campaign and a little industrial pressure. Activists must push their leaders to call hard-hitting action that escalates quickly towards all-out.

They must demand a campaign across the labour movement in support. Activists must build networks of solidarity to build and maintain action when their leaders wobble or retreat.

A glimpse of the potential to beat management, was seen last week. As the union executive met to consider strikes, Royal Mail bosses showed their nastiness by sacking workers in London and Dartford, Kent. Hundreds of workers at Rathbone Place, the main sorting office in London W1, walked out for two hours.

An item of registered mail had been stolen from a drivers’ van when it was broken into. Management sacked the individual on the spot despite the fact he had a clean disciplinary record and had worked for Royal Mail for some 25 years. As a result of the walkout management agreed the proper disciplinary procedures will now be followed.

In Dartford a string of workers have been disciplined or sacked for alleged failings in their sickness record. ‘It is a regime of fear designed to crack the whip over everyone,’ a Dartford CWU member told Socialist Worker.

Postal workers have to fight or they will find this sort of management style carving up their lives.

The CWU has launched a campaign to boycott the name ‘Consignia’ and call it by its real name, the Post Office. Socialist Worker is supporting this campaign and will in future only use the name Post Office.

Journalists to ballot at Johnston Press 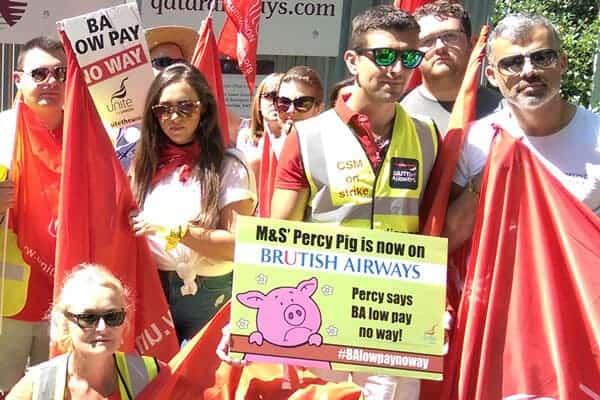