New Labour has bought into the myths about pensions. Tony Blair and Gordon Brown argue that the economy cannot afford to pay out pensions for workers who are living much longer.

The Confederation of British Industry wants Blair to attack public sector pensions to bring them into line with the massive assault on private sector pensions we have seen.

The bosses want to level down workers’ pensions.

The government’s plans are so provocative in attacking five million public sector workers in one go—as though the government wants to be seen to be tough on the unions in the run-up to the general election.

Pensions are an essential part of every public sector worker’s employment package and we must stand firm against the attempt to make us work five more years.

Funding pensions is a matter of priorities—putting pensions before other things, such as spending on war.

Some may argue that taking strike action would damage Labour’s election campaign.

But the responsibility lies with the ministers who have decided to launch this attack.

The timing was of the government’s choice, and it leaves five million public sector workers no option but to fight.

We can’t leave this issue until after the election in the hope that New Labour backs down. They would simply be emboldened to carry on.

The anger and resentment that my members have expressed has confirmed that people do not feel valued by New Labour. They feel subject to a double whammy of low wages and reduced pensions.

It’s incredible that New Labour seems to have no “no-go” areas in its attacks — you expect only Tories to want a low pay economy and to be responsible for slashing civil service jobs.

The response of union members across the public sector has made it clear to many union leaders that there is a mood for action.

We have not seen an attack of this seriousness for a decade.

Of course there are differences in tactics among the union leaders but I’ve yet to encounter anyone who thinks this attack will just go away without us doing something about it.

The PCS has been working for co-ordinated action for over a year. It is tremendous that eight unions are now planning to take strike action before the election—that united front is where our strength lies.

It has been great to see activists in the PCS taking a pivotal role in linking up with other unions in local areas—so much of this has been spontaneous and member-led.

I believe that the momentum must be maintained if we are to deliver the action needed to defend our pensions.

Strengthening those ties is vital in the weeks ahead—especially in the run-up to the first day of strike action on 23 March.

The potential strikes on 23 March and 14 April should not be seen as the end of the action on pensions.

Activists need to make sure we get substantial yes votes in the ballots in the next few weeks to give us all the confidence to win this campaign. 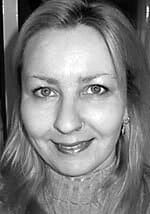 It’s urgent we act now to save our future