This article is over 1 years, 8 months old
By Sophie Squire
Downloading PDF. Please wait...
Friday 08 May 2020

Some international students are “starving” during the coronavirus lockdown, a charity has warned. And new research published this week shows that Asian students have also suffered an increase in racism.

International students make up 20 percent of the student population in Britain. And while many have been able to travel back to their homes abroad, some haven’t been so lucky.

Thousands of students at universities across the world are currently unable to return home due to flights being banned to their home countries.

International students from India found out that flights into the country were being banned just two days before the last flight. It meant prices skyrocketed and many were unable to afford the fare.

The National Indian Students and Alumni Union has received thousands of queries from anxious students stranded across Britain.

Flights into Pakistan were also cancelled on 21 of April.

Malik Haider Noon is an international student at the University of Huddersfield from Pakistan. He said, “I have contacted The Pakistan International Airlines (PIA) in the UK but had no response at all. They don’t answer calls and don’t respond to emails.

“PIA has now removed all special flights from their website. Agents are asking on average £800-900 a person.

“The reality is I have no way of getting home for the foreseeable future. I have limited funds and now I am running out of money.”

Many students are reportedly forced to rely on charity just to eat. The Seva Trust UK charity, based in Bedford, said it was bringing food to students who were “actually starving”.

The charity said many students in shared accommodation had their access to shared kitchens cut off.

Many students who had jobs will have lost them due to the virus crisis. And unless they have a job, students can’t claim benefits – pushing them into desperate situations.

A spokesperson for the University of Bedfordshire said students “don’t always highlight their difficulties and don’t contact our support team”.

On top of financial strains, some students have also suffered more racism as the coronavirus crisis has grown.

The study was based on a small number of respondents, just 22. Yet every single one had experienced xenophobic remarks or worse.

Jonathan Mok, a student at University College London originally from Singapore, was attacked so badly that he may need facial surgery. He had heard someone shout, “Coronavirus!” before the attack in London.

In another case, a PhD student in Glasgow from China allegedly had their clothes torn off.

And it isn’t just in Britain. Dr Cary Wu from Canada’s University of York said attacks on Asian students are “common”.

“Universities can do much more.”

International students contribute vast sums of money to Britain’s universities. Yet universities seem largely silent on their plight under lockdown.

Vulnerable students need support – not to be treated as a source of revenue. 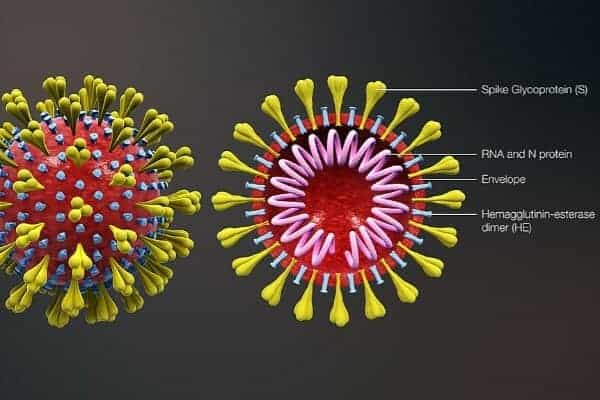