Statement against the US-Israeli War on Lebanon

This article is over 15 years, 5 months old
The Socialist Workers Party and other international socialist groups have issued a statement on Israel's attack on Lebanon and why socialists should express solidarity with the fighters of Hizbollah and hope that they succeed in defeating the Israeli
Downloading PDF. Please wait...
Saturday 05 August 2006

Turkish invasion of Iraq is extension of ‘war on terror’ 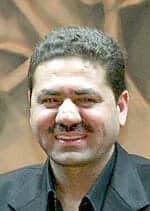 Voices from the Iraqi wilderness

Blair faces a revolt on the home front over Foundation hospitals, tuition fees and schools crisis..