OVER 150 building workers gathered beneath the steps of St Paul’s Cathedral in the City of London last week. They held a minute’s silence in memory of all those workers who have been killed on building sites since January.

Thirty people have been killed at work in the construction industry this year, according to the building workers’ UCATT union. The most recent was a young air conditioning fitter who died on 20 July after he fell eight floors down an open duct on the Woolgate Exchange site in London. Most of the workers on the steps of St Paul’s hadn’t known about the protest at first.

Many of them were from nearby sites and had come to the steps to grab a lunch break. Most of them were not union members. But they cheered loudly when George Brumwell, general secretary of UCATT, addressing the employers, said, “If you don’t stop killing our people, then we’re going to stop your jobs.”

Just days after the most recent tragedy the Health and Safety Executive (HSE) revealed that 86 people died on building sites in the last year. That is 20 percent up on the previous year, and the HSE expects even more deaths this year.

Some commentators have tried to put the industry’s poor safety record down to a shortage of skilled workers. This is nonsense. There is a shortage of experienced construction workers because employers have failed to spend money on training. But this is not the reason that workers are being killed in increasing numbers. The blame lies with the employers, who put profits before human lives. Now that work is booming building workers are under tremendous pressure from their bosses to complete jobs quickly.

As John, an electrician who’s currently working at a site in Holborn, central London, explained, “It’s all about price. They’re only interested in rushing the job through.

“Safety standards are at a minimum. Hard hats used to be the last line of defence but now they’re the first.” Profits for the big building companies are booming. The main contractor at the Woolgate Exchange is Balfour Beatty, one of the world’s largest companies. Workers’ safety is way down its list of priorities.

Balfour Beatty was one of five contractors on the Channel Tunnel. All five were found guilty of failing to ensure the safety of seven workers who were killed on the site. Balfour Beatty remains one of the favourites to take over part of the tube system under John Prescott’s privatisation plans.

The HSE has failed to enforce existing health and safety laws. The worst penalty that many employers have to worry about is a fine. The average fine for employers last year was just 1,566, with magistrates handing out some fines of less than 600. The building employers’ appalling safety record has put the government under pressure to prevent more deaths.

Jerry Swain, UCATT regional organiser, said at the memorial meeting that he hoped the government would take action to ensure safety. But the union wasn’t even invited to a meeting held between John Prescott and the HSE last week. The government has failed to take on the employers. New Labour proposes to introduce a new offence of “corporate killing”.

But there will be a consultation period which will allow employers to water down the proposals. That makes it unlikely that construction bosses will ever be jailed for workers’ deaths. The major obstacle to safety on the sites is the employers’ refusal to recogniseunions.

But the response at Friday’s memorial meeting shows the potential to organise. Fighting for safety could be the first step in a massive union recruitment campaign on construction sites around the country. Holding the employers to account over every accident would be the best way to remember those who have died.

Campaigners at the cutting edge 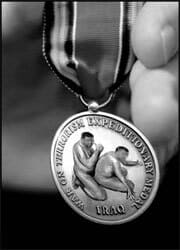 Figure it out: women's refuge cuts