This article is over 9 years, 7 months old
Sixteen NHS trusts in south west England have signed up to what unions describe as a "pay cartel".
Downloading PDF. Please wait...
Tuesday 05 June 2012

Sixteen NHS trusts in south west England have signed up to what unions describe as a “pay cartel”.

They are preparing to impose an attack on pay and conditions across the region.

Gwyneth, a health worker in the Unite union in the region, told Socialist Worker, “They want to use us as the guinea pigs. It’s about tearing up the Agenda for Change and undermining national bargaining.”

Sixty health workers came together for a regional joint union meeting to discuss how to respond.

Joint union committee representatives from almost every trust in the region attended and agreed not to engage with the consortium.

If the attack succeeds it will worsen terms and conditions—but it is also about preparing the NHS for privatisation. 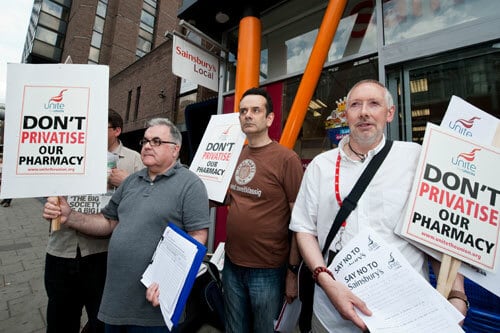