The English Defence League (EDL) is calling every racist thug in Britain to Tower Hamlets, east London, on Saturday 3 September.

Thousands of anti-racists will be there to confront them.

The EDL claims Tower Hamlets is segregated. But people from every nationality, faith and sexuality live side by side there. Poverty, not Islam, is the major problem.

Aashif is 23 and lives in Tower Hamlets. He told Socialist Worker, “My uncle and father used to confront the National Front in Brick Lane.

“Now the EDL is coming to attack us. Young people have every right to defend themselves. They are not to blame for the violence the EDL brings.

“We don’t just want to march from A to B, off to a park somewhere. We want to allow young people to give voice to their anger.”

East End United and Unite Against Fascism have called a protest on the day.

Activists from across Britain must book their seats on coaches to London. The only way to stop racism is to confront it head on. 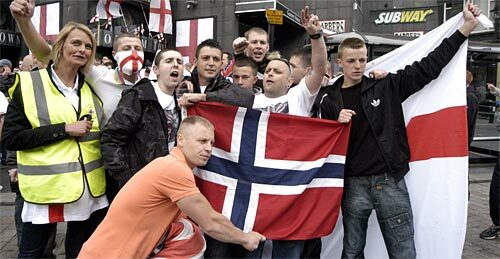 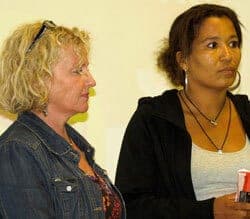