Strike: for pensions rights and for all our futures

This article is over 15 years, 10 months old
Tuesday 28 March can be the start of a new chapter in British workers’ history. We need it to be as exciting and militant as the revolt we’ve seen in France.
By Andy Brammer, Wakefield Unison shop steward (pc)
Downloading PDF. Please wait...
Saturday 25 March 2006

Tuesday 28 March can be the start of a new chapter in British workers’ history. We need it to be as exciting and militant as the revolt we’ve seen in France.

It’s an inspiring thought that on the same day we could have a general strike in France and a massive strike here.

It will be the biggest ever strike in Britain by women, and the greatest show of unity since the 1926 General Strike.

A successful defence of our pension rights could kick-start pensions resistance everywhere, across the public and private sectors.

Members of the public are keen to see us “have a go”.

That was the reaction when we organised public campaigning – people urged us to start fighting.

This strike can send a clear message that we’re not prepared to see our hard won rights taken away, especially at a time when the government can find billions for war and tax breaks for the rich.

Why should street sweepers, school cooks, refuse workers, teaching assistants and the hundreds of thousands of other people doing vital jobs be forced to do an extra five years after decades of work on poor pay? That is exactly what will happen if the government force through their plan to scrap the “rule of 85”, which says that some local government workers can retire at 60 if they have worked 25 years.

The ballot results were solidly in favour of action. From Unison, which balloted 830,000, to the Association of Educational Psychologists, which balloted just a few hundred members, the votes were overwhelming. Overall 81 percent of those balloted voted to strike.

Our Unison branch has been receiving around 35 membership applications every day for the last fortnight – that’s people who are joining the union so they can strike over pensions.

The strike will hit schools, further and higher education, toll bridges, environment agencies and privatised companies whose workers were once employed directly by councils.

We must go all out to build this action, spread the solidarity as widely as possible and then quickly follow up with further strikes involving us all.

At the moment the plan is for some regions to come out for days of action and for small sections to go on all-out indefinite strike.

But that is very unlikely to shift a government which is determined to attack everyone’s pension. We need speedy escalation – a two-day or three-day strike soon and then more.

The idea of hitting the local elections on 4 May is a good one. Other groups of workers should try to coordinate their battles with ours.

Let’s have workers from Harrods, Dairy Crest and BA – all with pensions schemes under attack – striking with us. And why not civil service workers who are fighting job cuts and health workers battling privatisation?

Let’s start something big on Tuesday with mass pickets, demonstrations, sending a message to both the government and our union leaders that we’re fighting to win.

The union leaders must not be allowed to hang back for fear of destabilising the Labour government. They have to be pushed to represent the members, not put their ties with Labour first.

And if they won’t do it then we will have to organise ourselves.

We shouldn’t accept any deal which means a worsening of the pension scheme for ourselves or future workers.

We need massive unity to protect all our pensions and real action to win. People say to me, “The French don’t piss around, do they?” We can win if we have the energy and determination that French students and workers have shown.

Solid mood in the unions

Yes votes for action, by union:

Soldiers: pawns in their game

The eurozone’s not so happy new year 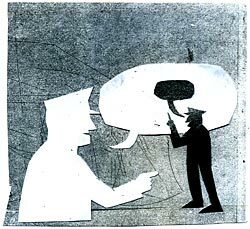