This article is over 14 years, 8 months old
Shocking evidence has come to light of the lengths NHS managers went to at Manchester community and mental health trust to try and break a solid three-day strike held by health workers last week to defend their victimised union rep.
By Yuri Prasad
Downloading PDF. Please wait...
Tuesday 04 September 2007

Shocking evidence has come to light of the lengths NHS managers went to at Manchester community and mental health trust to try and break a solid three-day strike held by health workers last week to defend their victimised union rep.

The managers refused to cooperate with the Unison health workers’ union over providing emergency care for vulnerable patients with mental health problems.

Instead, as Socialist Worker revealed last week, they shipped the patients off to private hospitals many miles away.

Now it turns out that managers had planned this weeks in advance – and in at least one case, had tried to increase the medication given to patients in order to deal with the stress caused by being moved.

Nearly 700 mental health workers concluded their first three-day strike in defence of psychiatric nurse Karen Reissmann on Friday of last week. They are to strike again from Monday of next week.

Karen is the chair of her Unison branch and a member of the Unison union’s health executive. She has been suspended from work after blowing the whistle on the impact of management “reorganisations” and faces possible dismissal after 25 years’ service.

The battle taking place in Manchester will shape the future of trade unionism in the NHS.

It is a fight that every workplace activist must rally around if they want to defend the right to speak out against cuts and privatisation of public services without fear of being sacked.

They said that they had no option but to send home 30 seriously ill patients from three psychiatric wards and move many others to private hospitals.

But Socialist Worker has heard that preparations for this strike breaking move were planned long in advance, and that the transfer to private hands – which caused an enormous amount of distress to patients – could have put people at risk.

Staff nurse Jimmy Burgess accompanied patients being transferred to the Alpha private hospital in Bury. On arrival he had a conversation with one of the hospital’s medical directors – who told him of an agreement to take patients from Manchester made long before.

“The director confided to me that Sheila Foley, the head of the NHS trust I work for, is a close personal friend of his, and that they invited each other to dinner parties,” Jimmy told Socialist Worker.

“He went on to say that they had made an arrangement to take our patients weeks earlier. I was shocked at the calculated callousness of it all.

“We had patients who, as a result of being told that they were to be moved, were becoming hysterical.

“There weren’t enough staff to look after them – at one point I was the only qualified nurse left on my ward, with over 15 patients in varying states of distress. It could easily have been a disaster.”

On arrival at Bury, patients – who are used to open and friendly wards – were searched. Many of them had possessions taken away.

Management had announced the transfer with only one hour’s notice to staff at North Manchester general hospital, creating an atmosphere of panic among patients who are very susceptible to stress.

“When I complained to a manager about the suffering that the transfer was causing, he suggested that we increase the level of the patients’ medication,” an experienced nurse told Socialist Worker.

“I couldn’t believe my ears. I’ve worked as a nurse for almost 29 years and I do not think that more medication would have been appropriate in that situation. I may even have been in breach of my professional obligations if I’d administered it.”

Support workers from the same ward told Socialist Worker that three patients with serious mental illnesses were bundled into a taxi – with only one nurse to accompany them.

“Many of them had become so disturbed that they were screaming and shouting out of the cab windows,” said one. “What would have happened if a fight had broken out whilst they were being taken to Bury? I shudder to think.”

Many staff themselves report being traumatised by the transfer. “Patients were crying, and asking me, ‘Will I ever come back?’, and, ‘How will my family be able to visit me when I’m 100 miles away in Darlington,” said a support worker from North Manchester general hospital.

“I felt sick because I couldn’t answer them truthfully. And yet our management have the nerve to say that the union is uncaring.”

The cost of the transfers is thought to be around £1,000 per patient, per night – a fact that has further enraged ward-based staff, who are rapidly becoming as militant as the community based staff that took strike action against cuts earlier this year.

Lively pickets – sometimes numbering over 100 people – barracked the handful that worked through the strike. On one occasion, nurses surrounded a clinical managers’ car, taunting him and shouting “scab”.

The trust’s managers are determined to present a tough face and want a quick “resolution”. Sheila Foley last week told BBC Radio 4, “By 16 September we will be able to proceed with this matter.”

The strikers have called a demonstration in advance of their next strike in Manchester this Sunday 9 September.

It is vital that trade unionists from across the country answer their appeal. The stand being taken in Manchester must be reinforced by delegations and banners, particularly from Unison branches across the north of England.

Delegations of strikers, including many young workers who have never been part of industrial action before, have set off around the country to explain their case to other trade unionists, and ask for donations to the strike fund.

A group travelled to the Midlands last week, where Sandwell Unison, Birmingham Unison and the president of Birmingham TUC warmly received them.

Mark Compton, a social worker and Unison rep at Sandwell council, told Socialist Worker that meeting the strikers had made him determined to raise the strike among members of his branch.

“I was deeply shocked as the strikers explained the impact of management’s decision to move the patients. Questions of human rights and health and safety law ought to be raised by their case.

“I’m going to take their collection sheet around work, and hopefully we will have a presence on demonstration on Sunday.”

What you can do to help Karen 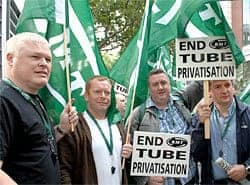