Strikers say ‘pants to (our) poverty’

Strikers say ‘pants to (our) poverty’

“WE’RE NOT on the bottom. We’re up there!” says striker Margaret Watson about the spirit of pickets at Team Valley Brush in Gateshead. The 120 workers, in the GMB union, are on official all-out strike in a fight for decent pay. They were offered a pay rise of just 1 percent, when they get just 3.11 an hour, a wage only made up to minimum wage rates by overtime and bonus rates.

Strikers were in defiant mood on Friday, and even though they are losing their wages they still arranged to collect money for Comic Relief. A disco was arranged using a striker’s car radio. Wearing assorted fancy dress a group of strikers bought some cheap knickers to wear over their clothes and declared, “Pants to Peter!”-referring to company boss Peter Wheeldon.

“We have a good laugh,” said Alison Robson, “but he’s a pain in the bum and the wages are no joke.” Terry Rodgers, who is standing as Socialist Alliance candidate in Newcastle Tynebridge constituency, visited the picket line on Monday to offer his support. Terry agreed to speak at the launch meeting of a strikers’ support group organised for next week.

The strikers are appealing for solidarity. A victory for them would be a boost to low paid workers everywhere. The company makes specialist artists’ and cosmetic brushes which are sold at well known outlets such as Ikea, Early Learning Centre, Body Shop and Marks & Spencer.

Workers at the factory liken their boss to the weasely “Montgomery Burns” character in The Simpsons cartoon TV programme. “He’s got money-he just doesn’t want to part with it,” said striker Alan Mares.

The workers are angry that loopholes in the minimum wage laws allow employers to manipulate wages. “It’s the government’s fault,” says Margaret Watson. “The small print says that overtime and bonuses can be taken into account.”

“It’s the first time I’ve been on strike or involved in anything like this,” said striker June Rice. Workers have received tremendous support locally, and the lively picket of up to 50 strikers generates a constant barrage of car horns from passing motorists signalling their backing.

Council workers have been bringing wood for the pickets to use and the nearby cafe is letting strikers have drinks at half price. Workers at the local B&Q store donated buckets for strikers to use for collections. Over 300 has already been raised around local workplaces. 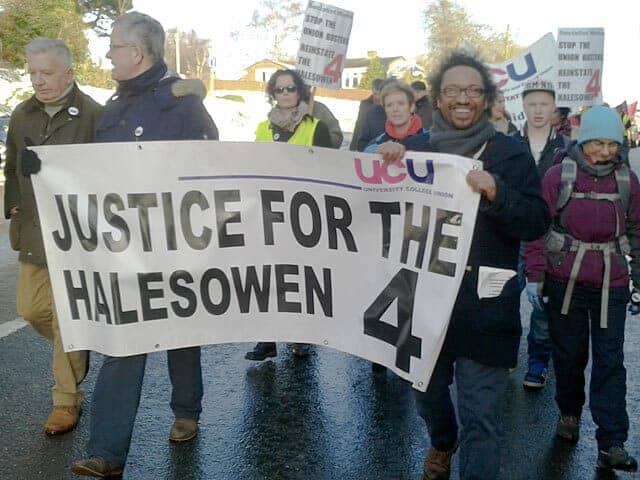 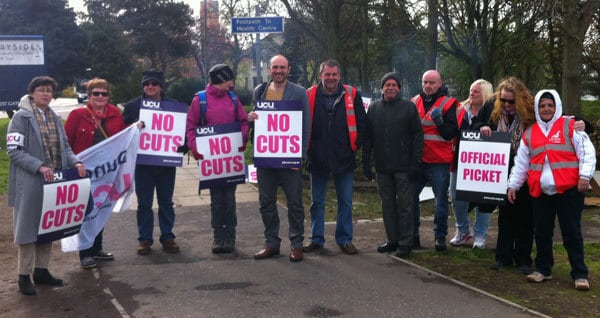