The growing anger against the Tories came out at the TUC congress in Brighton this week.

Delegates to the conference were expected to back calls by the Prison Officers Association (POA) for coordinated action and “far reaching” campaigns as Socialist Worker went to press.

This would include supporting the “consideration and practicalities” of a general strike.

Bob Crow, general secretary of the RMT union, called for the general strike motion. He said, “If you spit on your own you can’t do anything, but if you all spit together you can drown the bastards.”

Steve Gillan, general secretary of the POA, said, “There are real cracks in the coalition. I think we should stick the boot in and finish them off.”

Last week the TUC’s general council was split 16 for and against the POA’s motion. The Unison and GMB unions abstained.

But at congress the motion received such backing that the general council voted to back it. The right of the labour movement and outgoing TUC general secretary Brendan Barber couldn’t hold the line against it.

In reality the Tories are terrified at the prospect of mass strikes. Unfortunately so are some in the labour movement. Shamefully the Labour Party leadership came out against action against the government.

Ed Miliband came to Brighton just to say, “The public doesn’t want to see strikes. Nor do your members. Nor do you.” He is absolutely wrong. Millions of people have had enough.

At fringe meeting after fringe meeting TUC delegates asked why there had not been more strikes against the Tories. The fact that the TUC is talking about a general strike reflects that anger.

Union leaders are talking about using the 20 0ctober march as a springboard for coordinated action. They are right to do so.

Turning their words into action is the task ahead. Every activist needs to throw themselves into building the march on 20 October—and to fight urgently for strikes that can bring the government down.

» 20 October can boost our battle

» Turn our rage into a hot autumn 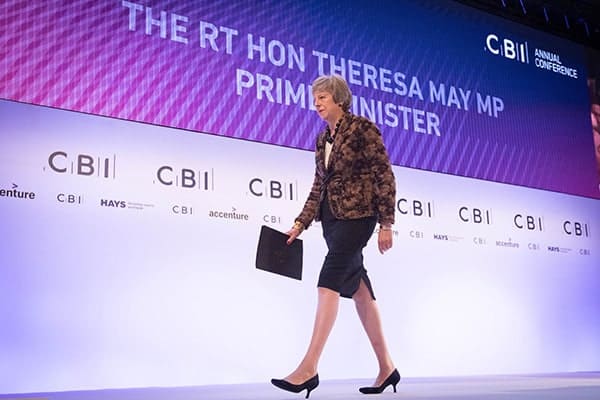