Striking health workers say: We’re out to save the NHS 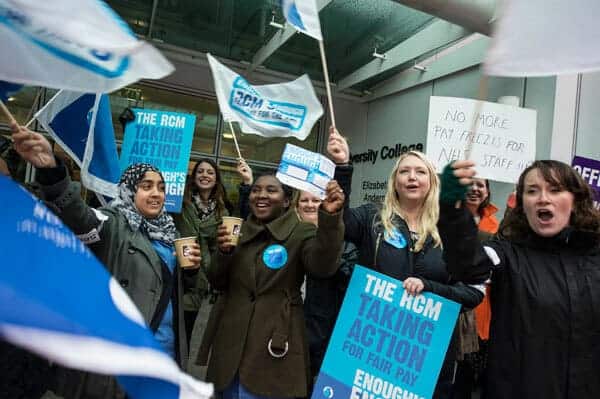 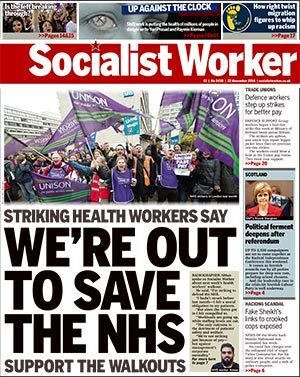 He said, “I’m striking to defend the NHS.

“I hadn’t struck before last month—I felt a moral obligation to my patients.

“But since the Tories got in I felt compelled to.

“Workloads are going up, while staffing levels are cut.

“The only outcome is the detriment of patients’ safety and welfare.

“We’re not striking just because of pay—but against management’s corporate mentality.”

Health workers across nine unions in England were set to walk out for four hours from 7am on Monday of next week. The action is part of an ongoing dispute over pay.

Tory health secretary Jeremy Hunt refused to give most workers even the recommended 1 percent pay rise.

She explained, “Health workers’ pay has dropped between 16 and 20 percent since the Tories came in.

“But the pay dispute is also integral to fighting for the NHS.”

Even top NHS bosses have warned that the health service is in financial crisis—but the Tories want to cut more.

Hunt is demanding that the NHS “saves” £10 billion a year by selling land and stopping its reliance on agency staff.

A Royal College of Nursing (RCN) report showed the government spent more than £5.5 billion on agency staff during the last four years.

But staffing levels are already at breaking point—and growing pressure and workloads are forcing workers to leave.

The same RCN report revealed that there were 7,000 fewer qualified nurses in August of last year than in May 2010.

Kingston health worker Cam told Socialist Worker, “It’s ridiculous how high the pressure is in my department and the hospital in general. They can’t cut agency staff without replacing the numbers from elsewhere.”

“The NHS watchdog Care Quality Commission said our trust, Barts Health, was one of the biggest bullies. Many senior nurses have left and now we’re seeing wards being run by hardly any nurses.”

The party leadership is backing a private members’ bill that would repeal the worst parts of the Health and Social Care Act. But it is committed to Tory spending cuts.

Unions have called a vigil for the NHS when the bill is being debated on Friday of this week.

The strikes can stop the Tory assault on the health service.

Janet said, “The strikes were incredibly popular, not just with NHS workers.

“Everyone who was on the last strike was excited by it.

“But some have also said that they want longer action and definitely think it should be at least a day.”

Trade unionists delivered fantastic solidarity to strikers during the last health walkouts. They need to do the same again.

Take collections for the strikers, visit picket lines with your union banners and rush messages of support to the workers.

Tory health secretary Jeremy Hunt threatened that the NHS needs a “fundamental rethink” about how its budget is spent.

But no amount of online trickery will hide the impact of privatisation and budget cuts.

The Health and Social Care Act lifted the 2 percent cap on the amount of money foundation trusts are allowed to raise from private work to 49 percent.

This pushes hospitals to chase lucrative private patients at the expense of care for all.

For example, the amount of private income raised by hospitals in Bournemouth is ten times as high as it was in 2012.

Yet the number of patients defined as waiting too long for operations has gone up from 70 to 483.

A public meeting on Crisis in Mental Health was set to take place in on Saturday 22 November. Speakers will include Karen Reissmann, Rich Moth (Social Work Action Network) and Sue Bailey, the former president of the Royal College of Psychiatrists. Starts 12:30pm, Chapel,
Topics Health, NHS 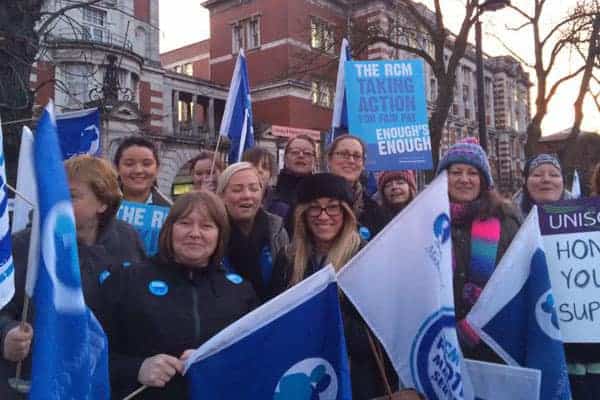 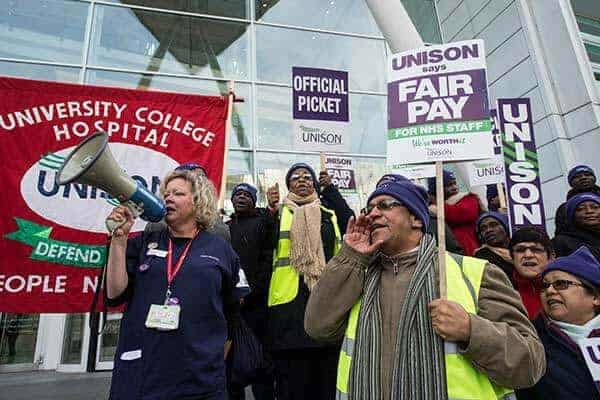 NHS strikers take on the Tories