Over 120 Unison union members outsourced to NSL from Camden council began a 14-day strike on Thursday of last week.

The low-paid, predominately black workforce are fighting for an hourly rate of £11.15. They staged large, defiant picket lines at NSL workplaces throughout the action.

Striker John told Socialist Worker that it was important to picket because “we want to make our point—we’re not satisfied”.

“Our wages are too low for the cost of living in London,” he said. “It’s gone up and up and our wages are at a standstill.”

This is the third time the traffic wardens—officially known as Civil Enforcement Officers—have struck over pay in the last nine years.

Strikes worked in 2016 when bosses agreed to pay them above the London Living Wage. But since then, the rate has gone up buy NSL fat cats are refusing to cough up.

Traffic warden Sunny said although the strike meant a short-term loss in wages, it was “worth the sacrifice”.

“We deserve more than what we make for Camden council, but they think we don’t,” he said.

Sunny told Socialist Worker that the added wage bill would amount to just £200,000 extra a year for NSL. He said that “NSL can afford to give us our money” because some of its directors were making £250 an hour.

“The way we’ve been treated is unbelievable,” added another traffic warden.

Many strikers complained about unfair treatment at the hands of management—who make a hard job more difficult.

“They don’t value their staff,” one said. “One traffic warden was hit in the head at work and hospitalised for three months. When he got back to work they didn’t pay his wages as they said his sick leave has been used at work.”

And workers are furious about the lack of respect they’ve been shown by bosses, which is fuelling desire for action.

“We do different jobs but the ones at the top are privileged,” said one striker. “But if you are privileged, you shouldn’t treat others like a cat or a dog.

“This is the only job we’ve got. There should be a way of giving us fair treatment if we are making millions for the company.”

Traffic wardens play an important role in maintaining congestion-free streets in one of the London’s busiest boroughs.

But many workers face racism and harassment on the streets—where often they work alone.

Maverick, a traffic warden for two years, said that being a lone worker means “we have to face members of the public alone and some are really aggressive”.

The dispute has seen big pickets, marches and a lobby of Camden council. This kind of action helps raise the profile of the strike and keep the pressure on NSL and council bosses.

Workers’ names have been changed. Messages of support to [email protected] Join the “march against low pay”, 11am, 15 December, Mornington Crescent/Camden High Street (by the war memorial)

Strikers will be picketing from 7am until 10.30am until their strike ends on Wednesday 19 December. Join them at one of three picket lines: 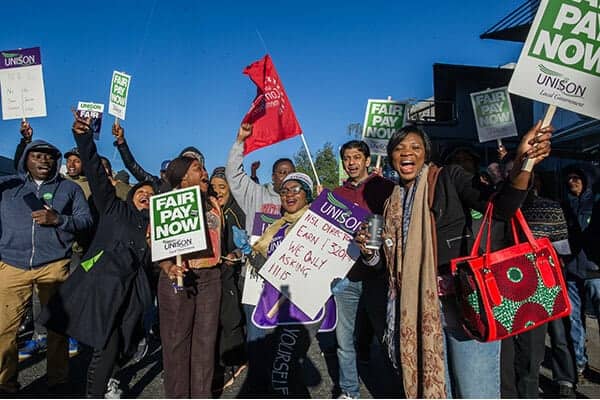 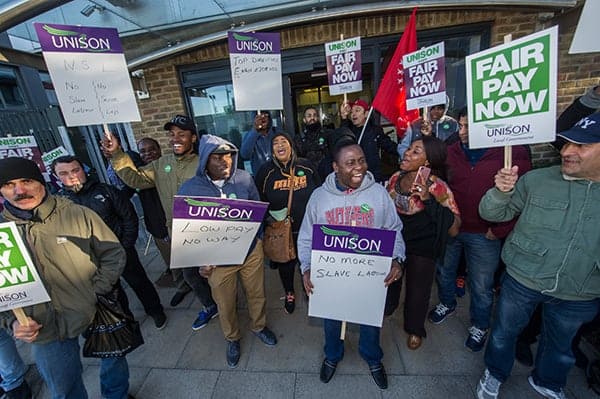 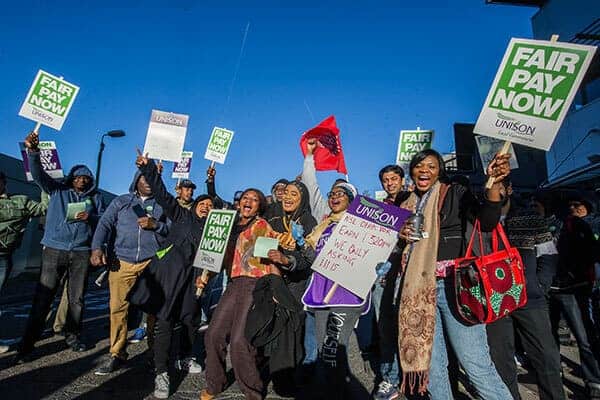 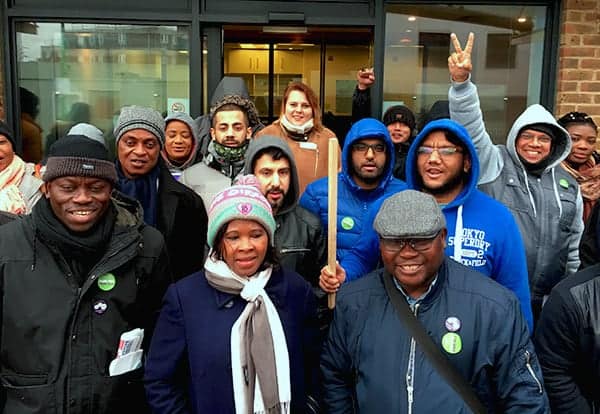