An indicative ballot of offshore helicopter pilots has shown “strong support” for strikes over the terms of redundancy deals, said the British Airline Pilots Association (Balpa).

It comes after firms announced they are set to axe up to 200 jobs.

Balpa said it wanted the companies to “improve voluntary redundancy arrangements to try and prevent as many compulsory job losses as possible”. A union national executive meeting early next month will consider moving to a formal strike ballot.

The Unite union plans to ballot offshore contractors for strikes in an ongoing dispute over changes to working conditions.

The union said talks over pay and rota changes with the Offshore Contractors Association (OCA) had broken down.

Unite has said it is now preparing an industrial action ballot for members working within the OCA. 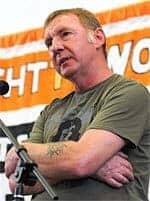 Right to Work conference sparked the flame of resistance