This article is over 11 years, 9 months old
The National Union of Students (NUS) conference took place against a backdrop of the worst attacks on education for decades – but also resistance by students and workers.
By Mark Bergfeld, candidate for NUS vice-president higher education and block of 15 (personal capacity)
Downloading PDF. Please wait...
Tuesday 20 April 2010

The National Union of Students (NUS) conference took place against a backdrop of the worst attacks on education for decades – but also resistance by students and workers.

Yet the cuts and the response were hardly reflected on conference floor. The NUS isn’t giving a lead to students who want to fight.

The difference this year was that the left had victories at places like Tower Hamlets College, and Leeds and Sussex universities that we could point to.

Delegation cuts and other attacks on NUS democracy forced through by the right wing leadership meant the left was smaller than previously.

Despite this, we still got a motion passed for a national demonstration under the banner “why should we pay for their crisis?” And won a vote backing industrial action by lecturers.

Unfortunately a low point of the conference was a vote to censure – formally condemn – the black students’ officer, Bell Ribeiro-Addy.

She had helped organise a protest against a debate between the BNP and Tories at Durham university and got it cancelled. But the right wing union then disaffiliated from NUS, provoking anger from the bureaucracy.

Every one of the NUS leaders say they are against the Nazis. And the conference voted to extend the “no platform” policy to cover the EDL. But they are reluctant to fight in practice.

However, the new NUS president Aaron Porter didn’t vote for the censure. Instead he came and spoke to a packed 80‑strong Unite Against Fascism fringe meeting.

The union still has commitments to anti-fascism and anti-cuts campaigning that we should use when we can.

But we must continue to organise at the grassroots to fight when NUS won’t. 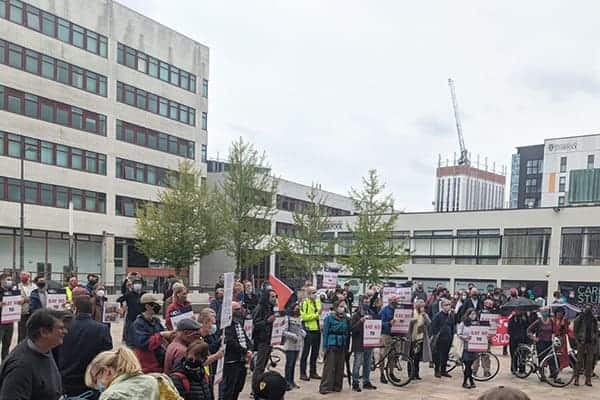 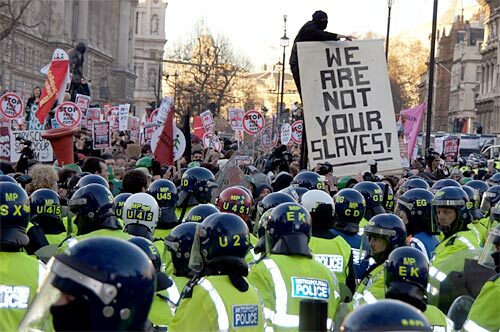