The student protests very nearly defeated the coalition less than six months into its rule.

This is not the end of the protests, it is the beginning of a new phase of protest. Students, their parents and many, many workers will feel a deeper and more bitter anger after today.

A government of millionaires and tax dodgers’ friends has wrecked the future of millions of young people. It wants to move on to do the same for those who rely on Education Maintenance Allowance.

A policy based on lies and class power, which the Lib Dems specifically pledged not to introduce, is being pushed through in the shadow of mounted police charging students and officers lashing out with their truncheons. They seriously injured some demonstrators and could easily have killed people.

What a travesty of democracy!

The police complain that students “diverged from the route”. But it was the police who spent hours attacking wholly peaceful protesters.

The government “winning” a vote is not the end of the matter.

The main protests over Margaret Thatcher’s poll tax in the 1980s and 1990 took place after the law was passed—and our side won.

In France in 2006 the government pushed through the CPE law aimed at slashing young workers’ employment rights. It was met with huge youth mobilizations, but was voted through parliament.

But then the revolt spread to workers inspired by the young people’s fightback.

After another month of strikes and mass mobilisations the government withdrew the law.

The political crisis of the Coalition will be worse after this vote. The Lib Dems voted four different ways, and even some Tories did not vote for the fees rise! They can all feel the hot breath of the voters on their necks.

Such feelings will get stronger.

Now it’s time to prepare for the next round of protests, to build for occupations, to strengthen the unity of university, college and school students—and to make links with workers.

Cameron and Clegg were pushed to the edge tonight. Stepping up the battle can bring them down.

Fight for a better world 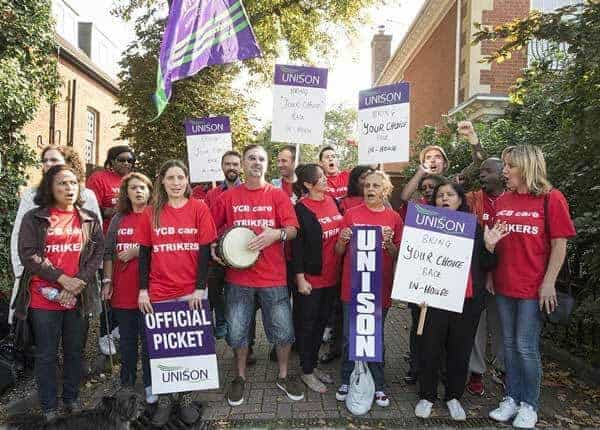 Your Choice Barnet workers set for more walkouts over pay