This article is over 15 years, 4 months old
Activists from around the country met last weekend to decide the direction for Student Respect in the new academic year.
By Patrick Ward
Downloading PDF. Please wait...
Saturday 09 September 2006

Activists from around the country met last weekend to decide the direction for Student Respect in the new academic year.

The organisation will focus on building opposition to top-up fees, and resulting effects such as course closures, as well as bolstering Stop the War groups within the colleges.

There will be a continued focus on working with organisations such as Campaign Against the Arms Trade in the movement to force colleges to drop their investments in arms firms, and environmental groups building the 4 November protest against global warming.

“In the current climate people want to make a difference,” said Hind Hassan, chair of Student Respect. “Fighting the fascist British National Party, and involvement in the NUS liberation campaigns are also a priority.”

She added, “People’s eyes have been opened over the summer with what has been happening in the word. Students want to get properly active, not just debate politics in coffee rooms.” 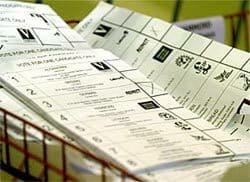 The Left List’s ten steps to a better London 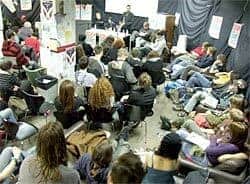