This article is over 12 years, 2 months old
Management at Sussex University yesterday backed down from most of the serious allegations they had made against student protesters.
By Siân Ruddick
Downloading PDF. Please wait...
Wednesday 19 May 2010

Management at Sussex University yesterday backed down from most of the serious allegations they had made against student protesters.

The students, known as the Sussex Six, were hauled in front of a disciplinary hearing to answer charges including riotous behaviour, violent, threatening intimidating behaviour and “conduct injurious to the academic or administrative activities of the university”.

The charges followed a student anti-cuts occupation in March.

But when it came to the hearing only the charge of injurious conduct was upheld. It one sitting the presenter admitted that the other charges were dropped due to lack of evidence.

The students could have been prevented from graduating or removed form the university if the main charges had been upheld.

Now they will have to write letters to three members of staff who gave evidence that they felt intimidated by the occupation.

They will also have to pay a fine to the university. The amount is still unknown.

Soldiarity has defended the right to protest. Over 150 students gathered in Library Square on campus and marched to management offices before continuing to the remote building were the disciplinaries were held.

People stood outside the building all day, cheering the students as they went in and came out of their hearings.

Pressure on management to not go ahead with punitive measures came from other quarters too. The UCU lecturers’ union branch at the university passed a motion in support of the Sussex Six and for an independent Senate investigation into the occupation and management’s behaviour on the day.

General secretary of the UCU Sally Hunt also lent her support and sent a statement of solidarity to the rally, as did Green MP Caroline Lucas.

Jim Wolfreys, UCU rep at King’s College London, came to the protest. King’s UCU sent a strongly worded letter to Sussex Vice Chancellor Michael Farthing saying his response was “lacking in intelligence” and a disgrace to the academic community. Other UCU reps from a local FE college and the regional official were also there.

Patrick Rolfe, one of the six, told Socialist Worker, “Management were trying to decapitate the movement, they think there are ringleaders and that we organise things like they do. They don’t understand how our democracy works.”

Lecturers and teaching assistants from the university were also there.

The battle goes on against cuts at the university.

For more information go to » http://defendsussex.wordpress.com/ 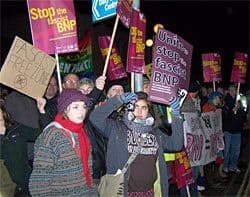 300 protest against the BNP in Brighton 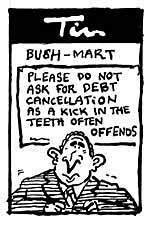