Dozens of pickets huddled under umbrellas across the six entrances of Central Foundation Girls School in Bow, east London this morning (Wednesday).

Workers in the NUT and Unison unions struck together against restructuring plans that would mean increased workload for teachers, pay cuts for support staff and job losses all round.

NUT rep Tommy Izzett said, “It’s been so strong I can hardly keep count of the pickets—and we’ll keep it up until our demands are met.”

David is a technician and Unison member who could lose up to 10 percent of his annual wage under plans to pay support staff for term time only.

“It’s really unfair,” he told Socialist Worker, “and morale has been very low. It’s improved since the strike was announced though.

“It shows that we’re serious about having our say, and it’s great that the two unions are standing together.”

Health and social care teacher Kay has already seen her workload increase massively through the addition of extra classes to teach and modules to mark.

She said, “The worst thing is losing our support staff. Some of our pupils need one-on-one attention, but there just aren’t enough support workers to go around.”

Workers blamed the attacks on funding cuts coming from the Tory government, but also on the school’s new head.

Sam is a Unison member who works in the school office. She said, “The new head just wants to stamp her authority and have it all her way—that’s why there was no willingness to talk on the part of management until we called a strike.”

Today’s action closed one site entirely, and cancelled all lessons other than for pupils in years 10 and 11 with impending exams.

“This just the first of many strikes,” said Unison rep Jean Lane. “We’ve been really united between the two unions, and now we’ll be working out a programme of joint action.” 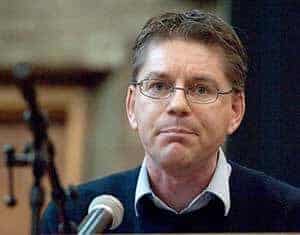 Postal workers to strike over changes in work practices