The Sudanese dictatorship has been shaken by the biggest protests since it took power 24 years ago.

Demonstrations have continued for over a week, since the government cancelled subsidies on fuel and basic foodstuffs.

Police have killed more than 50 protesters, and activists say the death toll is now over 100.

A doctor who has been helping treat the wounded spoke to his sister Marwa in London. “He counted 21 shot protesters in the morgue at his hospital himself. He said most were killed with gunshots to the head and chest,” she said.

“The morgue’s manager resigned on 28 September because the army demanded that he falsify death certificates to say people died of natural causes.

“Now they are moving military doctors in. Civilian doctors like my brother are sometimes not even allowed into the hospital.”

But so far the levels of repression have not quelled the movement.

Omar al-Bashir’s dictatorship faced similar demonstrations in 2011 and again in 2012.

It was thrown into crisis by the loss of the oil fields that had produced most of its income when South Sudan became a separate state in July 2011.

Marwa said, “Protesters are shouting ‘Down with Bashir’. They want the regime to go.”

She pointed out that women are taking a leading role in the protests.

“The current protests started with a walkout by secondary school girls in Omdurman, Sudan’s second city. The boys soon followed.

“Women have been at the front ever since. Even the support protest we had in London was led by women. It’s not surprising. Women look after the home. If families can’t afford food and fuel, finding a solution is the responsibility of women.”

Wider sections of the poor are joining the protests.

Marwa said, “People talk about the need for workers to go on strike against the government, but it is difficult.

“Many workplaces are closed. So are most schools and colleges. It can be difficult to travel outside your neighbourhood. “But so far this has only made people angrier and angrier.

“They know their friends, relatives and classmates have died, so they come out onto the streets. People from everywhere are coming out.” 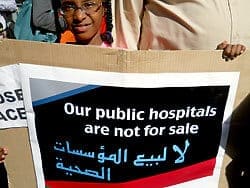 The struggle in Sudan is a threat to the Bashir dictatorship 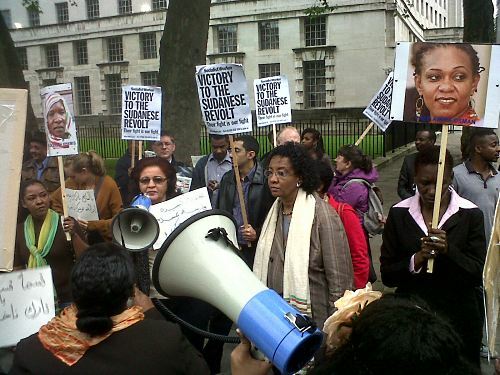 Downing Street demo calls for peace and justice in Sudan 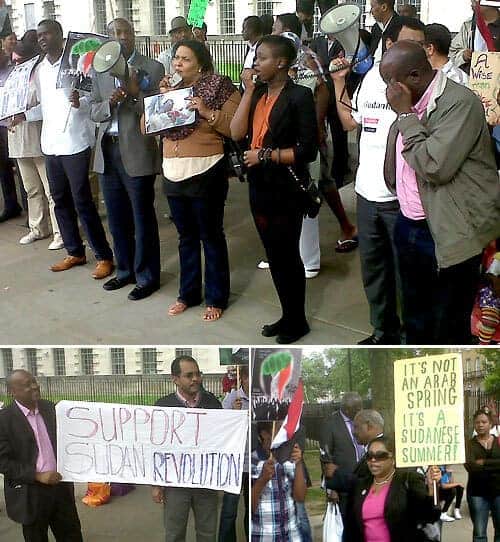 Sudan activists protest in central London against massacre in Nyala 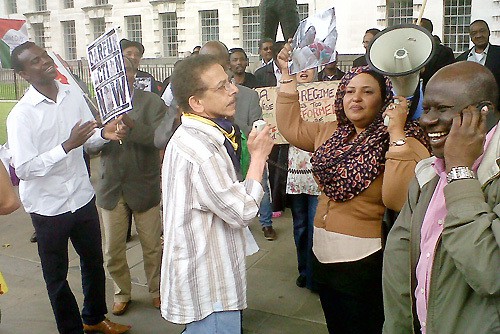