‘For over 20 years we have been hit by the policies of the World Bank, the World Trade Organisation and the International Monetary Fund.

Now this current economic crisis could be the straw that breaks the camel’s back.

Last year there was a food crisis in Africa before the world financial crisis broke. Now we are facing a terrible jobs crisis in South Africa.

Tens of thousands of jobs have gone in the auto industry, 20,000 in the mines. Everyone else is cutting back.

When the cash registers were ringing the rich were happy to meet as the G8.

Now there is a crisis it is the G20 – the table has expanded a bit to include some so-called developing nations.

Why should we have to take responsibility for the failures of their system?

South Africa is the only African nation invited to the G20 summit. This is just a token measure. It shows that the G20 is still an old boys’ club.

I wish I could be on the demonstrations in London. Trade unionists and activists need to go and make sure the voice of the poor and downtrodden is heard.’

Trevor Ngwane is a member of the Socialist Group, and active in both the Soweto Electricity Crisis Committee and the Anti-Privatisation Forum

Division will not help anyone 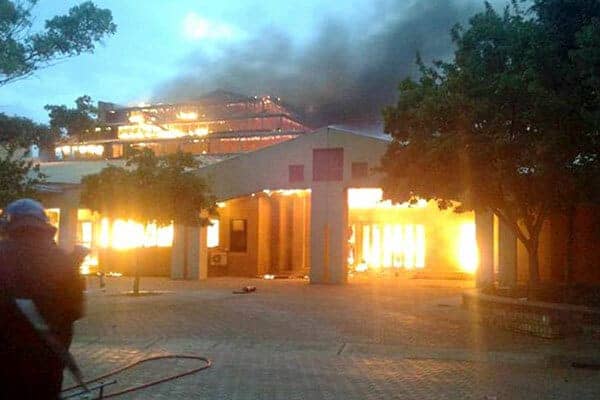