Yet the top cop investigating alleged corrupt payments claims he didn’t see it.

It said “With immediate effect no cash payments to be made without Rebekah’s approval.”

The jury at the trial of six Sun journalists accused of paying public officials for confidential information was told by lawyers for Dudman that the email had “literally surfaced in the last week”.

Oliver Blunt QC asked: “I imagine you haven’t seen it?” Kandiah recently retired from the Met replied: “No.”

The former police boss led Operation Elveden which is investigating allegations of inappropriate payments to police. Brooks was acquitted earlier this year of paying public officials for information.

Kandiah said much of the evidence for Operation Elveden was handed to police by the Management and Standards Committee (MSC) an internal unit set up after the phone hacking scandal by the Murdoch empire.

Kandiah admitted that complications over the police’s ability to obtain confidential journalistic material had led the Met to rely on the MSC and that “lines of enquiry were dictated by material identified by News International”.

The jury also heard that documents allegedly detailing the authorisation for cash payments by Mohan had also only surfaced “recently”.

Three million emails at News International are missing after Rebekah Brooks changed the company’s email deletion policy in 2010. This includes those “covering her entire period as editor of the Sun” Kingston Crown Court was told. 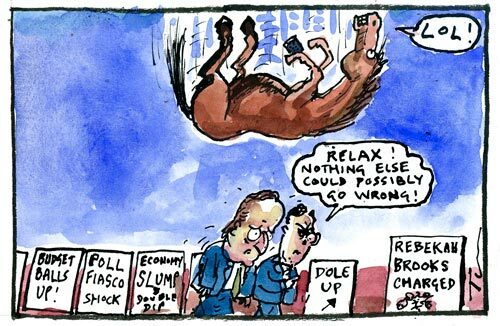