This article is over 12 years, 1 months old
Two groups of workers on the London Underground are striking over the Christmas period – and there are more strikes to come.
By Charlie Kimber
Downloading PDF. Please wait...
Wednesday 23 December 2009

They are angry that they the company has offered a pay rise of only around 1 percent – with productivity strings on top!

Workers, who maintain and repair the Underground’s key power supplies, were to strike earlier in the year. But the company won a court ruling that the union had not provided sufficiently precise and detailed information about the grades of those who were set to strike.

A second ballot was held, which produced an even larger majority for striking. And this time round workers are angrier.

Management made a last-minute improvement on the pay offer in an effort to halt the action, but the very determined workforce decided it was not nearly enough to settle the dispute.

RMT and Unite union members gathered outside EDF headquarters in London on Wednesday morning to ratchet up the pressure on management.

RMT rep Niall Lynch told Socialist Worker, “This is directly about pay, but it’s really also about much wider issues. Management are seeking to change our terms and conditions without agreement.

“At present we have a two-tier workforce with different conditions depending on when you joined the workforce. EDF would like everyone reduced to the lower level, but we’re not having it.”

Another worker added that a management consultant’s survey had found EDF workers were paid between £4,000 and £6,000 less than those similar at skill levels on the rest of the Underground. “All these contractors are out to make a quick buck and rip off the workforce and the travelling public. They should all go and the whole system be run as a public service. We know there are big issues coming over jobs and conditions across the network. We all need to stick together,” he said.

The strike continues until 8am on Christmas Eve. It will recommence at 8pm on Boxing Day until 8am on 27 December.

If there are faults or power losses on the system then problems could quickly spread because engineers will not be there to perform their usual skilled jobs.

Workers in the RMT union on the Willesden Green group of stations struck solidly on 23 December in support of the reinstatement of their colleague, Colleen Johnston.

Speaking from a picket line at West Hampstead, a striking RMT member told Socialist Worker, “Back in August Colleen, who is a supervisor, received a message that her child had been injured. She left the keys with a responsible member of staff and went to find out what had happened.

“This member of staff was able to inform management almost instantly about what had occurred and that should have been the end of the matter. But the drug and alcohol team then appeared and it was later suggested that Colleen had left work in order to avoid the test.

“She took the test as soon as possible afterwards and passed without any difficulty.

“But Colleen was then investigated and sacked. And the appeal also found against her.

“What’s happened is a disgrace. This is a despicable way to treat someone who only wanted to attend to her injured child. It cannot be tolerated. By striking we want to make a point as Colleen’s employment tribunal approaches that we demand she is reinstated.

“Colleen has a reputation as somebody who stands up for her workmates against local management. This, I believe, is the true reason for her dismissal and not the trumped up nonsense that has been levelled against her.”

Three Bakerloo Line drivers have received early Christmas presents from the Bakerloo Line management in the past couple of weeks: two sacked, one demoted.

Management could easily have handled all three cases more compassionately but instead the axe was wielded.

The RMT Bakerloo Line Branch has voted unanimously for strike action and postal ballot papers are going out now. The ballot closes on 12 January.

London Underground bosses’ pre-Christmas sacking spree also includes the dismissal of Mercy Odisi, a station supervisor on the Green Park Group. She is also a highly effective RMT rep. Again a decision has been taken to ballot members on the group for industrial action.

The balloting period same as that for the Bakerloo Line drivers’ vote.

The General Grades Committee takes the view that Mercy’s dismissal was vindictive, discriminatory and out of all proportion to her alleged offences, which were essentially account irregularities.

Activists believe the dismissal had nothing to do with her accounts and was the result of Group and Piccadilly Line management’s anger at Mercy’s forceful confrontation of their bullying and intimidation of RMT members on the Green Park Group.

This is a 1.5 percent increase from 1 April 2009 for one year and RPI plus 0.5 percent, or 0.5 percent whichever is the greater for year two. This is a pay cut in real terms.

The pay issue has been dragging on for a long time. In the most recent ballot RMT members voted clearly for strikes over the issue, and even more clearly to back action short of a strike. But the majority on the grades committee believed that it was better to accept this deal and prepare for coming battles over jobs and imposed conditions. A minority wanted at least action short of a strike.

Tube workers need to organise to develop their rank and file networks if they are to meet the challenges ahead as management and Mayor Boris Johnson go on the attack.

For Tube news go to » www.rmtlondoncalling.org.uk 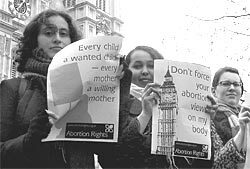 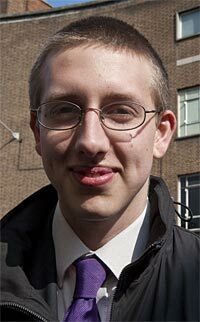 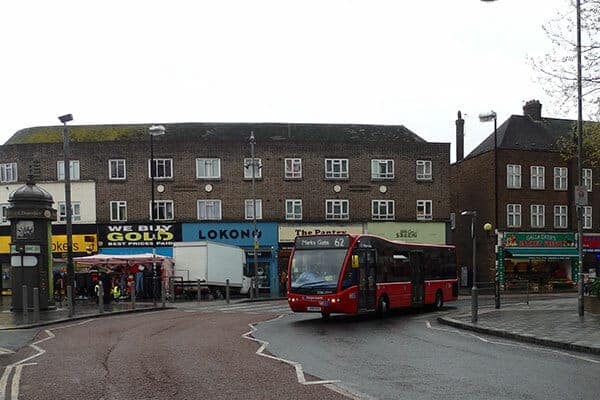