This article is over 13 years, 5 months old
Egyptian opposition groups and workers’ associations are calling for international support for 49 people arrested during the state crackdown on protesters in the Nile Delta town of Mahalla al-Kubra in April.
By Simon Assaf
Downloading PDF. Please wait...
Tuesday 05 August 2008

Egyptian opposition groups and workers’ associations are calling for international support for 49 people arrested during the state crackdown on protesters in the Nile Delta town of Mahalla al-Kubra in April.

A petition organised by the Centre for Socialist Studies, Workers For Change Movement and the Mahalla Textile Workers’ League has so far collected 500 signatures in Britain – among them Mark Serwotka, general secretary of the PCS civil service workers’ union.

The Egyptian regime is prosecuting the Mahalla 49 in the Emergency High State Security Criminal Court on trumped up charges, including damage to property and resisting arrest.

They face punitive prison sentences of up to ten years’ hard labour if found guilty.

Their protests began when workers at the giant Ghazl el-Mahalla textile mill in Mahalla struck on 6 April against rampant inflation and in support of calls for a national minimum wage.

The strike, organised by the unofficial Textile Workers’ League, followed a wave of disputes and protests against the US-backed regime of Hosni Mubarak.

But on the eve of the strike, security forces surrounded and occupied the textile factory compound, and rounded up a number of League activists.

This attempt to crush the strike triggered a mass demonstration in the town.

Tens of thousands of Mahalla residents confronted the security forces. They burnt pictures of Mubarak and attacked shops run by his supporters.

Three people are believed to have been killed and hundreds injured. Police swooped on the poor neighbourhoods and arrested hundreds of ordinary people – among them children.

Many of the League activists were released following international pressure, but 43 ordinary people swept up in the crackdown are still in jail – the rest are on the run and will be tried in abstentia.

Activists are calling for more international pressure to help free the ordinary citizens who are bearing the brunt of the state’s wrath.

Those who were released described the horrific torture meted out to them in police stations and state security facilities – including severe beatings, electric shocks and sexual abuse.

The Mahalla prisoners have since found themselves trapped in the maze of prisons and security facilities run by the dictatorship, despite orders for their release by the prosecutor’s office.

Some who managed to gain their freedom were seized by security forces as they left police stations.

They are being held under punitive security powers in place since the crackdown on Islamist militants that began in the 1980s.

The trial of the Mahalla 49 opens this Saturday 9 August at an “exceptional court”. These courts have been denounced by human rights groups as lacking basic international standards for a “safe and just trial”.

The regime has been attempting to contain growing discontent sweeping the country.

Security forces have swooped on student and youth groups, who are accused of inciting Egyptians to overthrow the regime after setting up a group on the Facebook networking site calling for a campaign of civil disobedience.

In the latest crackdown, security forces arrested 16 young people on Wednesday of last week after they staged an anti-government protest in the Mediterranean port city of Alexandria.

Amnesty International has warned that two activists are being held in an unknown location and are at risk of torture.

The students, part of the 6 April Youth Group that was formed after the Mahalla uprising, chanted slogans demanding political and economic reforms.

“International solidarity can play a big part in helping to release the detainees,” one activist told Socialist Worker.

“Security forces told militants who were freed following the riots that they must have ‘had friends in the Egyptian foreign ministry’ after an international outcry embarrassed the government.”

“We need as much international pressure as possible.”

For more on the trials go to: » abtalelmahalla.blogspot.com Information will be published in Arabic and English.

For regular updates on Egypt go to » arabawy.org 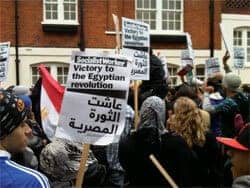 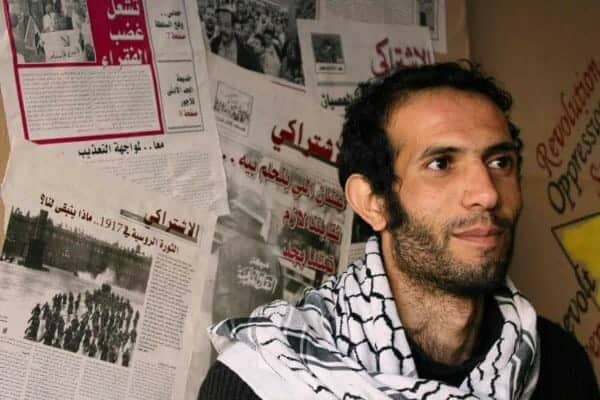 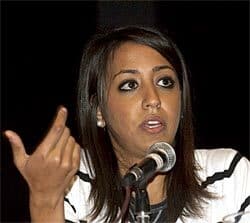